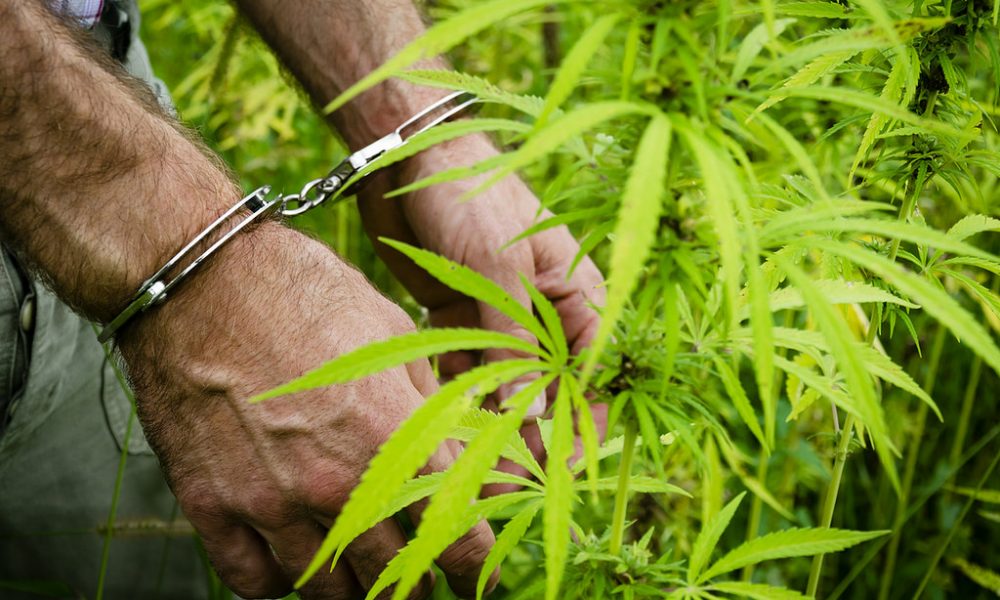 The Drug Enforcement Administration (DEA) recently revealed that it seized far more marijuana plants—and made significantly more cannabis-related arrests—in 2021 than in recent prior years, despite reform efforts in states and Congress.

That’s a big step up in enforcement compared to 2020, amounting to an increase of nearly one million plants and more than a thousand arrests. Put into perspective, that’s a 22 percent percent increase in plants chopped down and 32 percent bump into the number of people put into handcuffs over a 12-month period.

“At a time when the overwhelming majority of voters support legalization, and when more and more states—and even members of Congress—are moving toward this direction, it is troubling to see federal agents and their local partners reversing course and reinvigorating their marijuana-related enforcement activities,” Paul Armentano, deputy director of NORML, who first spotted the new data, said in a blog post.

What’s more, the DEA report seems to run counter to trends shown by other federal marijuana enforcement data amid the legalization movement.

FBI’s Uniform Crime Reporting (UCR) program, for example, has shown a notable decrease in cannabis “arrests” that are made at the local and state level as more states enact reform. (However, experts have raised questions about the quality of FBI’s data, based on alleged confusion among law enforcement agencies about reporting requirements.)

In a recent report, the Congressional Research Service said that the spread of legal cannabis states domestically, combined with international reform efforts, has reduced demand for illicit marijuana from Mexico.

As part of its Fiscal Year 2023 performance budget summary submitted to Congress earlier this year, DEA also acknowledged that as more marijuana is being produced domestically in the U.S., it’s undermining illicit cannabis trafficking from Mexico.

It’s not clear how exactly that squares with the recent data from 2021.

“The fact that these interdiction efforts are growing—at great cost to the taxpayer—despite increasing momentum for legalization is a testament to the failure of federal prohibition and unnecessarily burdensome state regulatory policies,” Morgan Fox, political director of NORML, said.

“The solutions to this situation are beyond obvious at this point, and they don’t involve law enforcement officers putting themselves at risk by dropping out of helicopters or conducting armed raids. It is incumbent on policymakers to pursue evidenced-based, market-oriented, and justice-focused policies to minimize unregulated cannabis activity, and they’ve never had a better opportunity to do so.”

A study released by the Cato Institute in 2018 similarly found that “state-level marijuana legalization has significantly undercut marijuana smuggling.”

Federal marijuana trafficking cases also continued to decline in 2020 as more states have moved to legalize, an analysis from the U.S. Sentencing Commission (USSC) that was released in June found.

Federal prosecutions of drug-related crimes overall increased in 2019, but cases involving marijuana dropped by more than a quarter, according to an end-of-year report released by Supreme Court Chief Justice John Roberts in December.

Read More
NNews
California Gov. Gavin Newsom (D) is reportedly wavering on the idea of signing a bill to create a…