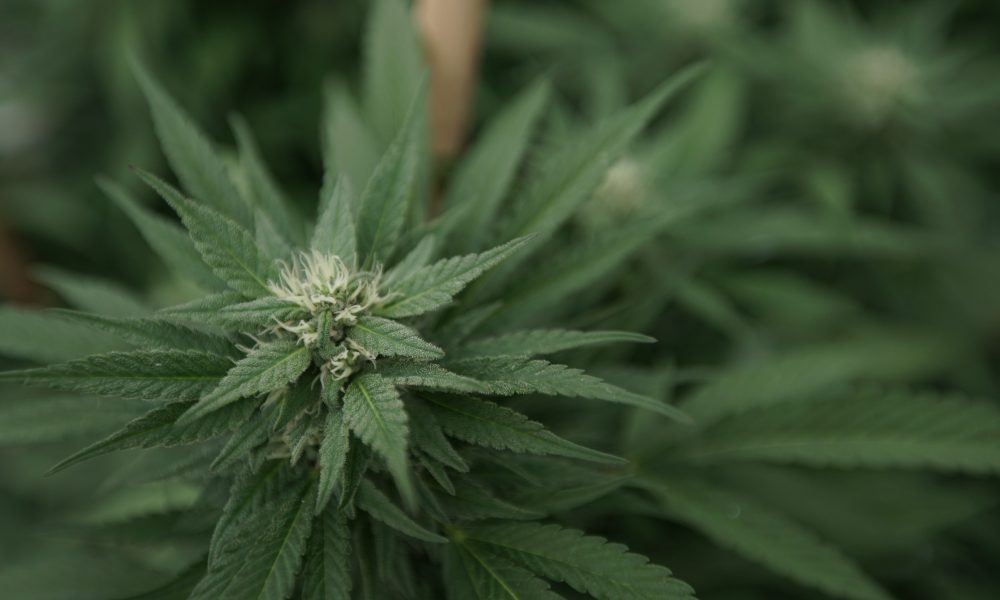 Paid for by readers like you. Marijuana Moment’s newsletter and in-depth cannabis reporting is made possible by the nearly 700 people who subscribe to us on Patreon.

At its first meeting, Maryland’s House Cannabis Referendum and Legalization Workgroup discussed the steps it will take to craft legislation to implement marijuana legalization if voters approve the question the speaker has pledged to put on the 2022 ballot.

Nebraska activists submitted two complementary medical cannabis initiatives they hope to qualify for the 2022 ballot. The approach is designed to get around a single-subject challenge like the one that upended their 2020 campaign.

The Maine Office of Marijuana Policy reported that marijuana retailers set a sales record in August, with more than $10 million in monthly recreational cannabis purchases for the first time in the small state of 1.3 million people.

The Centers for Disease Control and Prevention tweeted about a recent study showing marijuana sales increases in several states during the COVID-19 pandemic.

Washington State Democratic congressional candidate Jason Call tweeted, “The choice is between legalizing marijuana and continuing to force millions of BIPOC to suffer the horrors of our racist carceral system. That shouldn’t be a difficult choice.”

New York’s Assembly speaker appointed his pick to the Cannabis Control Board.

Connecticut’s consumer protection commissioner said there may be a delay in the anticipated start of recreational marijuana sales.

A Wisconsin senator who is sponsoring a marijuana legalization bill posted about touring a hemp farm.

An Arkansas judge ruled that a lawsuit accusing regulators of improperly denying a medical cannabis dispensary license can continue.

Denver, Colorado regulators will host a hearing on rules for marijuana storage and service windows on Friday.

New York City’s Administration for Children’s Services tweeted about the importance of storing marijuana edibles out of the reach of children.

Former Haitian Prime Minister Michèle Pierre-Louis joined the Global Commission on Drug Policy, along with a former minister of health and social affairs of Mali.

A review concluded that “several studies have demonstrated that certain terpenes could reduce inflammation symptoms.”

The National Institute on Drug Abuse put out a funding opportunity to support research on the pharmacokinetic and pharmacodynamic effects of THC in cannabis products.

Perkins Coie LLP will host a panel featuring a former Massachusetts regulator and other analysts discussing interstate commerce of marijuana on Thursday.

Minnesota marijuana activist Jason Karimi pleaded guilty to threatening to inflict “pain in every way” on an unnamed California member of Congress.

BMW Group said using sustainable materials like hemp is part of its plan to reduce its carbon footprint.

CannaTrac Technology, Inc. is preparing for a public listing on the Over the Counter Market in the U.S., the Canadian Securities Exchange and the Frankfurt Stock Exchange.

Cresco Labs is being sued for allegedly not compensating workers for time spent putting on and taking off required personal protective equipment.

A federal judge allowed MJ Freeway’s counterclaims against a subcontractor to advance.

A Minnesota farmer planted a hemp maze to raise awareness about cannabis.

Read More
NNews
Another city has joined the movement to decriminalize psychedelics, with lawmakers in Port Townsend, Washington unanimously approving a…

Read More
NNews
A key House committee plans to vote on a bill to federally legalize marijuana on Wednesday. The Marijuana…

Read More
NNews
A much-anticipated congressional spending bill does not currently include provisions to protect all state, territory and tribal marijuana…