The House Appropriations Committee is calling for a review of psilocybin policies, pushing for hemp as an alternative to Chinese plastics and advocating that researchers be able to study marijuana from dispensaries. The panel also defeated an amendment to scale back protections for TV and radio stations that run cannabis ads.

The House Appropriations Committee will vote on an amendment to protect all state, territory and tribal cannabis laws from federal interference on Tuesday, Marijuana Moment has learned.

White House Office of National Drug Control Policy Director Rahul Gupta—informally known as the “drug czar”—acknowledged that “cannabis can be efficacious” in treating chronic pain and that current marijuana laws “have not worked.”

Colorado activists turned in what they say are more than enough signatures to put a measure to legalize psychedelics and create a system of licensed psilocybin “healing centers” on the November ballot.

Louisiana Gov. John Bel Edwards (D) signed a bill to protect most state workers from being subject to “negative employment consequences” due to legal medical cannabis use.

The California State Fair unveiled the winners of its first-ever state-sanctioned marijuana competition, awarding 60 trophies and medals to businesses whose products were judged based on lab testing for quality and cannabinoid profiles.

Customs and Border Protection settled a Freedom of Information Act lawsuit over internal documents about its policy on Canadian cannabis industry participants’ admissibility to the country.

The House of Representatives passed a resolution calling for the release of American basketball player Brittney Griner, who is being detained in Russia after allegedly being caught with cannabis vapes at an airport.

Rep. Larry Bucshon (R-IN) said he opposes “broad legalization” of marijuana and that there’s “very few” medical conditions that cannabis can help but that it should perhaps be rescheduled to Schedule II to make it easier to research.

California lawmakers are considering budget legislation that would eliminate the marijuana cultivation tax and maintain a current 15 percent excise tax for three years.

A Pennsylvania senator said he thinks the state will legalize marijuana by 2024.

An Alaska senator said he will reintroduce a bill to shield marijuana conviction records next session.

Montana regulators proposed changes to rules on the makeup of the Hemp Advisory Committee.

Oklahoma regulators posted an overview of medical cannabis legislation that passed this session.

Vermont regulators will begin accepting applications for all marijuana manufacturing license tiers, as well as for wholesalers, on Friday.

The United Nations Office on Drugs and Crime’s World Drug Report 2022 claims that marijuana legalization is leading to more frequent use of cannabis, including highly potent products.

The UK’s secretary of state for health and social care responded to a lawmaker’s question about rescheduling psilocybin.

The attorney general of the Bahamas said the government intends to enact medical cannabis and hemp legislation.

A study demonstrated that “cannabidiol is a viable therapy to treat prostate cancer cells, in combination with silencing of RBBP6,” suggesting that “cannabidiol rather Cannabis sativa extract may play an important role in reducing cancer progression.”

A review of research on ketamine-assisted psychotherapy concluded that “it is apparent that combined treatments can, in specific circumstances, initiate and prolong clinically significant reductions in pain, anxiety, and depressive symptoms, while encouraging rapport and treatment engagement, and promoting abstinence in patients addicted to other substances.”

The National Association of Broadcasters cheered the advancement of a spending bill provisions to protect radio and TV stations that aid marijuana ads from being punished by the Federal Communications Commission.

The Flowr Corporation eliminated 40 percent of its workforce.

The trial of American basketball player Brittney Griner, who is being detained in Russia after allegedly being caught with cannabis vapes at an airport, will start on July 1. 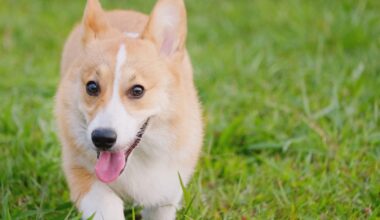