Arizona brought in about $21 million in medical and adult-use marijuana tax revenue in July, state officials reported on a new webpage that enables people to more easily track how the industry is evolving.

Medical cannabis taxes were slightly higher at $5,485,102 last month, compared to $4,445,848 collected from the recreational market, according to the Department of Revenue. The state also took in an additional $10,937,526 from the marijuana excise tax. However, these figures are preliminary, as the deadline to report was August 20 and some businesses may need more time to send in data.

While medical cannabis taxes are still outpacing those from the adult-use market, that gap has been gradually narrowing in the months since recreational sales first launched in January. That’s a trend that’s been observed across numerous states after adult-use marijuana is legalized.

However, Arizona’s medical marijuana market is well-established, and some industry experts don’t necessarily expect recreational sales to overtake the medical program for some time.

“With the maturity of our medical market, I don’t expect to see adult-use sales eclipse medical sales as quickly as they did in Illinois,” Samuel Richard, executive director of the Arizona Dispensaries Association, told Marijuana Moment. “But what’s clear is that both patients and consumers are extremely excited about what Arizona operators have on offer.”

Overall cannabis tax revenue from January through July totaled $95,255,429, according to the data the state is reporting so far.

Other states are also seeing a windfall in marijuana tax dollars as more markets mature.

For example, California collected about $817 million in adult-use marijuana tax revenue during the 2020-2021 fiscal year, state officials estimated on Monday. That’s 55 percent more cannabis earnings for state coffers than was generated in the prior fiscal year.

Notably, the stable or rising sales and tax revenue throughout legal states has been occurring amid the coronavirus pandemic, which forced many businesses to close and contributed to rising unemployment. The marijuana marketplace also thrived in spite of the fact that cannabis businesses are ineligible for federal aid that was afforded to other industries.

Illinois saw nearly $128 million in recreational cannabis purchases last month—more than double the total monthly sales from a year ago. July marks the fifth consecutive month that sales in Illinois’s adult-use market have topped $100 million. If the trend continues, the state is on track to see more than $1 billion in adult-use marijuana sales in 2021.

Adult-use marijuana sales in Maine reached $9.4 million in July—a 45 percent increase from the prior month’s record.

Michigan marijuana sales broke another record last month with more than $171 million in cannabis transactions, according to data from a state regulatory body. There were $128 million in adult-use sales and $43 million in medical cannabis purchases in July.

As Arizona nears $100 million in cannabis tax revenue this year, regulators in neighboring New Mexico are getting prepared for the launch of its own marijuana market, with regulators set to accept licensing applications for producers this week. However, retail sales aren’t expected to begin until next year.

Read More
NNews
A bill to legalize psychedelics in New York has been significantly revised, with new provisions to allow for… 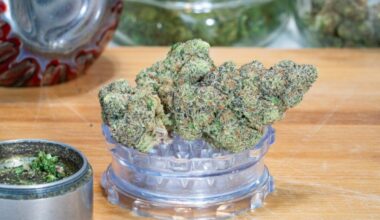