San Francisco lawmakers have filed a resolution to locally decriminalize psychedelics like psilocybin and ayahuasca. The measure also pushes for broader statewide reform.

The legislation, sponsored by Supervisors Dean Preston (D) and Hillary Ronen (D), was introduced on Tuesday. If enacted by the Board of Supervisors, San Francisco would be the largest city by population in the U.S. to deprioritize enforcement of laws prohibiting entheogenic substances.

The whereas section of the resolution discusses the therapeutic potential of psychedelics, as well as their traditional role as catalysts for “profound experiences of personal and spiritual growth.”

It also references a Senate-passed bill from state Sen. Scott Weiner (D) that would legalize possession, cultivation and sharing of small amounts of certain psychedelics such as psilocybin, MDMA and DMT for adults 21 and older. That legislation has since cleared two Assembly committees and is slated for consideration by another panel in the chamber on August 3.

If approved by the Board, the resolution would implore police to make enforcement of laws prohibiting psychedelics-related activity—including use as well as “planting, cultivating, purchasing, transporting, distributing, engaging in practices with, and/or possessing” by adults “amongst the lowest priority for the City and County of San Francisco.”

It also asks that no city resources be used for “any investigation, detention, arrest, or prosecution arising out of alleged violations of state and federal law regarding the use of Entheogenic Plants listed on the Federally Controlled Substances Schedule 1 list.”

Further, it says that the Board urges the mayor to instruct state and federal lobbyists and officials in the city to support efforts to decriminalize entheogenic plants and plant-based compounds that are included in Schedule I of the federal Controlled Substances Act.

A hearing on the measure hasn’t been scheduled yet, but the Board isn’t expected to take it up until after members return from an August recess.

The resolution’s introduction is the latest iteration of a national reform movement that’s seen cities and states across the U.S. work to advance psychedelics decriminalization both legislatively and at the ballot.

Denver was the first city in the country to enact psychedelics decriminalization in 2019, igniting activists and lawmakers to follow suit by mirroring or building upon the reform. In 2020, for example, Oregon voters also approved an initiative to legalize psilocybin therapy centers.

Here are other examples of states working to advance psychedelics reform:

The leader of the New Jersey Senate filed a bill last month that would legalize the possession, home cultivation and gifting of psilocybin mushrooms for adults 21 and older—with provisions that give adults even more freedoms for the psychedelic than are afforded under the state’s current marijuana laws.

For example, top federal health agency says it is actively “exploring” the possibility of creating a task force to investigate the therapeutic of certain psychedelics like psilocybin and MDMA in anticipation of federal approval of the substances for prescription use.

In January, bipartisan House lawmakers sent a letter to the Drug Enforcement Administration (DEA) that implored the agency to allow terminally ill patients to access psilocybin as an investigational drug, pursuant to federal “Right to Try” statute enacted under the Trump administration.

Bipartisan House and Senate lawmakers filed companion bills last week that seeks to clarify the intent and application of the “Right to Try” law at the center of the case. Sens. Cory Booker (D-NJ) and Rand Paul (R-KY), along with Reps. Earl Blumenauer (D-OR) and Nancy Mace (R-SC), are the lead sponsors of the legislation.

The U.S. House of Representatives recently approved a large-scale defense bill that includes amendments directing the Department of Defense (DOD) to carry out a study into the medical potential of psilocybin and MDMA, as well as marijuana, for military veterans with certain conditions. 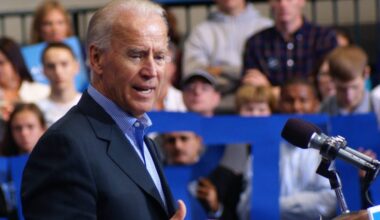