A Washington, D.C.-based psychedelics organization has issued about $50,000 in its first round of grants for various community groups to support efforts to educate and organize people around plant medicine.

The Plant Medicine Coalition (PMC)—founded by the head of the D.C. campaign that got psychedelics decriminalization passed locally in last November’s election—dolled out grants to about a dozen groups as part of its Community Grants Program. Funding for the grants was provided by Dr. Bronner’s, a wellness company that’s been involved in a number of marijuana and psychedelics reform efforts across the country.

This is just one part of PMC’s mission to promote psychedelics reform as the movement continues to spread at the local, state and federal levels.

Melissa Lavasani, PMC co-founder, told Marijuana Moment that the organization is hopeful about the impact of these grants—but it’s also using this opportunity to explore how to most effectively provide funding in the years to come.

“I wanted to do something really impactful that had a quick turnaround,” Lavasani said. “There are a lot of things that our organization is working on right now that are really long term, especially on the federal level.”

“We’re trying to shift a really entrenched culture and government,” she added. “It just takes a lot of grinding—meeting after meeting—and I wanted to do something important with these funds here locally because I do feel like there were a lot of loose ends” after D.C. decriminalized psychedelics.

Overall, the money from PMC will support a diversity of initiatives. There will be workshops on community building within the psychedelics movement, courses on cultivating entheogenic substances, lecture series on scientific developments related to the substances and more.

Here are some quotes from recipients on what they aim to do with the funding:

The Madison House: “Founded by Master Life Coach H. Alejaibra Badu, The Madison House is a International Spiritual Health & Wellness Movement that stands to heal people from things that bind them mentally and emotionally. Finding freedom from the self-inflicted prison of the mind when it’s over consumed by thought. Freeing yourself from the voice inside your mind that promotes fear, self-doubt, low self-esteem, anxiety, stress, anger, and pain. Freeing yourself from the perceptions of others that leave you in bondage. Freeing your whole self and authentic being. The Madison House belief is that if you are able to be freed from the things that bind you mentally and emotionally, then you can live your life on purpose.”

Plant Medicine Lecture Series: “This lecture series will bring exciting speakers to D.C. to discuss the scientific, medical, and social aspects of psychedelics. The lectures will be offered in public venues, COVID permitting, and webcast as well. The events will also be excellent opportunities to meet other people in D.C. who are interested in psychedelics.”

There are additional recipients who requested not to be publicly listed but are providing “critical education of the community, integration services, as well as providing stewardship of ethical plant medicine community building,” Lavasani said.

Others are involved in “addressing abuse and predatory behaviors in plant medicine circles (a problem that’s become super prevalent lately) to provide a restorative process for healing,” she said.

While based in D.C., PMC is a national organization that hopes to build upon reform efforts that have already been accomplished and bring the issue to Capitol Hill, in part by pushing lawmakers to approve federal funding for research into the therapeutic potential of substances like psilocybin mushrooms and ayahuasca.

The group is also working to ensure the effective implementation of the city-level policy change while supporting other local activists as they push to change laws governing natural or synthetic psychedelics.

Both inside and outside of the nation’s capitol, activists are hard at work pushing for psychedelics reform.

Just last week, for example, lawmakers in a fourth Massachusetts city voted in favor of a resolution urging the decriminalization of certain entheogenic substances and other drugs.

Separately, Seattle’s City Council approved a resolution earlier this month to decriminalize noncommercial activity around a wide range of psychedelic substances, including the cultivation and sharing of psilocybin mushrooms, ayahuasca, ibogaine and non-peyote-derived mescaline.

At the same time that local activists are pursuing decriminalization, a pair of Michigan senators introduced a bill last month to legalize the possession, cultivation and delivery of an array of plant- and fungi-derived psychedelics like psilocybin and mescaline.

California activists were separately cleared to begin collecting signatures for a historic initiative to legalize psilocybin mushrooms in the state. Oakland and Santa Cruz have already enacted psychedelics decriminalization.

The top Democrat in the Florida Senate filed a bill last month that would require the state to research the medical benefits of psychedelics such as psilocybin and MDMA.

For what it’s worth, Rep. Earl Blumenauer (D-OR), a longstanding champion of marijuana reform in Congress, said this month that he intends to help bring the psychedelics reform movement to Capitol Hill “this year.” 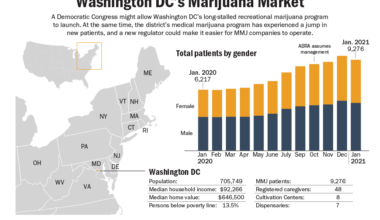