Nebraska activists are restructuring their campaign to put medical marijuana legalization on the ballot after losing key funding.

Nebraskans for Medical Marijuana aimed to raise $1 million so that it could hire paid signature canvassers, but after the death of one key donor and terminal diagnosis of another, the campaign is left with just about $30,000 on hand.

Advocates—including state Sens. Anna Wishart (D) and Adam Morfeld (D), who serve as campaign co-chairs—recognize that the funding situation isn’t ideal, but they’re confident that a volunteer-driven grassroots approach will be successful—if enough supporters step up to participate.

The campaign held a virtual press conference on Friday to detail their new plan to qualify a pair of cannabis initiatives for the November ballot.

One initiative would require lawmakers to codify protections for doctors who recommend cannabis and patients who purchase and possess it. The other would mandate legislative action to safeguard marijuana businesses that supply the product.

“Where there is a will, there is a way for us to get this done,” Wishart said at the presser on Friday. “I can’t tell you how important it is for Nebraskans to recognize that no longer can they rely on someone finding them to sign this petition—we have to flip the script and people have to go and find places to sign.”

The reason that the measures are narrowly tailored and bifurcated is because activists want to avoid the type of legal challenge that led the state Supreme Court to invalidate a prior medical cannabis legalization measure that they successfully collected more than enough signatures for to qualify for the 2020 ballot.

The court ruled that year that the initiative violated the single-subject rule for ballot measures because it took a comprehensive approach to setting regulations for the program.

For each of the new 2022 initiatives, activists will need to collect about 87,000 valid signatures, including five percent of registered voters in each of the state’s 38 counties. Wishart told The Lincoln Journal-Star that they’ve gathered about 25,000 signatures for each measure so far.

The deadline to submit completed petitions is July 7.

Part of the strategy over the next two months will be encouraging people to visit one of more than 100 stores across the state where the petitions will be available to sign. The campaign is also asking for donations and volunteers to help support the effort in this final push.

Morfeld emphasized that “this is going to be a citizen-led effort and we’ve got to have all hands on deck and we need people to not only sign up their friends, family and all that—but we also need them to get to these locations and spread the word.”

“Together we can get across the finish line,” he said.

The campaign says it’s motivated to get the job done especially in light of the consistent failure of the legislature to enact reform.

Lawmakers attempted to advance medical cannabis reform legislatively last year, but while the unicameral legislature debated a bill to legalize medical marijuana in May, it failed to advance past a filibuster because the body didn’t have enough votes to overcome it.

Meanwhile, the campaign is also facing resistance from Gov. Pete Ricketts (R), a staunch opponent of legalization. Late last year, he partnered with the prohibitionist group SAM Nebraska on an ad urging residents to oppose cannabis reform in the state.

For what it’s worth, Nebraska’s attorney general argued in an opinion in 2019 that efforts to legalize medical marijuana legislatively in the state would be preempted by federal law and “would be, therefore, unconstitutional.”

Illinois Marijuana Sales On The Rise Again, With $132 Million Of Cannabis Sold In April

CBD Oil: Can It Help You Sleep Better? 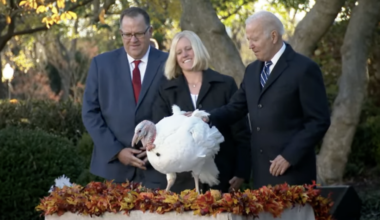