From Massachusetts to California, advocates are actively making new strides to reform local laws governing psychedelics like psilocybin and ayahuasca—building on a national movement that has already seen numerous cities decriminalize entheogenic substances.

The momentum of the psychedelics decriminalization movement is abundantly clear when one considers the geopolitical landscape that’s being targeted by activists associated with Decriminalize Nature of late. The latest cities where the reform move is generating steam are Easthampton, Massachusetts; Grand Rapids, Michigan and Arcata, California.

Here’s a breakdown of where the efforts stand in each city:

The Easthampton City Council is exploring a resolution to decriminalize a wide range of entheogenic substances. Passing the measure would mean that Easthampton would be the fourth city in Massachusetts to enact the reform.

Councilors Owen Zaret, Thomas Peake and Salem Derby are sponsoring the resolution, which seeks to make enforcement of laws against certain psychedelics among the city’s lowest priorities. Advocates with Bay Staters for Natural Medicine have helped spearhead the effort.

“This is an opportunity to be forward-thinking and make a statement to undo historical harm done by criminalizing plants that have clear therapeutic properties,” Zaret said in a press release. “People should not be arrested or incarcerated for essentially using medicine. This lays a path towards legislation that allows for de-scheduling these plants, and creating a reasonable and safe regulatory framework for entheogenic therapy outside of the reach of Big Pharma.”

Law Enforcement Action Partnership (LEAP) is also supporting the reform, and advocates have already met with local police officials to discuss the issue.

“Many officers know arrests can make people suffering substance use disorder even worse off,” James Davis, a volunteer for Bay Staters for Natural Medicine, said. “We are grateful to first-responders having tough conversations in their own departments about how to treat people with humanity—possession arrests lose people their jobs, traumatize them, lose them access to benefits, and often makes fentanyl access easier in jails and prisons.”

Last week, state lawmakers also heard testimony about a bill to create a task force charged with studying the implications of legalizing psychedelics like psilocybin and ayahuasca.

In Grand Rapids, a local lawmaker who is advising the city’s chapter of Decriminalize Nature recently said that he feels there’s enough support to advance a psychedelics decriminalization resolution.

“In terms of my discussions with my colleagues, they’re all very open minded to it; They all have a lot of questions,” City Commissioner Kurt Reppart to MLive. “Several of them have expressed explicit support. I believe we have enough support to pass a resolution.”

He said the measure could go to a vote by the end of the year, though no actions are currently scheduled. City attorneys are currently reviewing the proposed language, after which point it would be sent to the city commission’s Legislative Committee to advise on whether the body should approve or reject it.

“The best case scenario for me is that during the fall it would come up and it would pass with a resounding vote,” he said.” I don’t know if it would be unanimous, but it would be a strong vote.”

As with most Decriminalize Nature proposals, the one being planned would not legalize the psychedelics, but simple possession and cultivation offenses involving the substances would be deprioritized for law enforcement.

If approved, this would be the second Michigan city to pass psychedelics decriminalization, following the Ann Arbor City Council’s unanimous vote to pass a similar resolution last year.

“Decriminalizing things that are not harming anyone ought to be the first thing that we take away from law enforcement and say, ‘You know what, we’ve been asking you to do that. You no longer have to go to those places where you don’t have the training and the expertise and it’s always uncomfortable,’” Reppart.

In Arcata, the City Council’s Public Safety Committee recently advanced a psychedelics reform resolution led by Decriminalize Nature Humboldt. The panel revised it to restrict the policies on deprioritizing enforcement to use and possession in private spaces, and members also urged the inclusion of an educational campaign on the issue.

This action came after the full body ended up split on the proposal during earlier consideration. But the committee’s passage of the measure means it will be returned to the full Council.

“The city has the power to prioritize where law enforcement goes and then where the resources go for that,” Larry Norris, co-founder of Decriminalize Nature, said in testimony, according to The Times-Standard. “It doesn’t change the law. There are no changes to municipal code, but [decriminalization] really allows for the city to say, ‘Hey, plants and mushrooms aren’t really a big priority for us, we have other things going on.’”

Councilmember Sarah Schaefer agreed to lead the resolution, which would make enforcement of laws against entheogenic substances like psilocybin and ibogaine among the city’s lowest law enforcement priorities.

Danielle Daniel, lead organizer of Decriminalize Nature Humboldt, told Marijuana Moment that she has “so much gratitude for the Arcata Public Safety Committee’s openness to understanding the healing potential of entheogenic plants and fungi, and the importance of decriminalization for our community.”

“With Decriminalize Nature Humboldt’s dedication to educating our community about entheogens, and how to take them in a therapeutic way, we hope to dispel any confusion or fear about decriminalization in Arcata,” she said.

For the most part, the burgeoning psychedelics movement has been limited to decriminalization—with the exception or Oregon, where voters elected to legalize psilocybin for therapeutic purposes during last year’s election. California activists are also pushing to place psilocybin legalization on the state’s 2022 ballot as a lawmaker works to pass a separate bill to legalize possession of a wide range of psychedelics that has already passed the state Senate and two Assembly committees.

The latest developments in Easthampton, Grand Rapids and Arcata are some of the latest iterations of a national psychedelics reform movement that’s spread since Denver became the first city to decriminalize psilocybin mushrooms in 2019.

But in a setback for advocates, the U.S. House of Representatives last week voted against a proposal from Rep. Alexandria Ocasio-Cortez (D-NY) that would have removed a spending bill rider that advocates say has restricted federal funds for research into Schedule I drugs, including psychedelics such as psilocybin, MDMA and ibogaine. However, it picked up considerably more votes this round than when the congresswoman first introduced it in 2019.

Everything you Need to Know About Distillate Syringes

How To Make Bubble Hash [VIDEO]

Read More
NNews
Another North Carolina Senate committee has approved a bill to legalize marijuana, getting the measure one step closer… 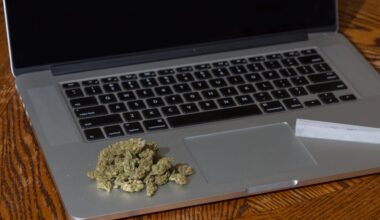 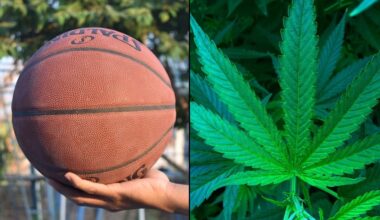 Read More
NNews
The NBA is extending its policy of not randomly drug testing players for marijuana through the 2021-2022 season, a…