Mississippi lawmakers sent a medical cannabis bill to the desk of Gov. Tate Reeves (R). While the governor had threatened a veto over previous versions, he said his team will carefully review the legislation before he makes a decision and is “very pleased that we got to see so much progress made in improving” it with amendments.

Minnesota Gov. Tim Walz (D) included funding for the legalization of marijuana in his budget request. The House of Representatives passed a bill to legalize cannabis last year but it has stalled in the Republican-controlled Senate.

The South Carolina Senate finally began a floor debate on a medical cannabis bill that’s been eight years in the making. The discussion is expected to last for several legislative days before a vote is held.

Sen. Elizabeth Warren (D-MA) said she’s “deeply skeptical that Amazon’s lobbying [on marijuana] is anything more than a self-interested move to monopolize yet another market, potentially blocking Black and Latino entrepreneurs from an emerging industry.”

Rep. Nancy Mace (R-SC) tweeted, “The overwhelming majority of South Carolinians are in favor of cannabis reform in some way, shape or form. It’s time our laws in South Carolina reflect the will of its people. That’s why I support SC Sen. Tom Davis’ Compassionate Care Act.” She also appeared at the South Carolina Statehouse to rally support for the bill.

Rep. Jay Obernolte (R-CA) included an option on illegal marijuana grows in a survey about which issues are important to constituents.

Vermont Democratic congressional candidate Kesha Ram Hinsdale, currently a state senator, tweeted, “Last year, I introduced a bill to repair harm from the so-called War on Drugs by directing revenue from cannabis control to impacted communities. Grateful the Cannabis Advisory Board is advancing that recommendation this session. We must reinvest in true community safety.”

Florida Gov. Ron DeSantis (R) avoided a question about whether he supports marijuana legalization but complained about the smell of people smoking it—though he did express support for not incarcerating people for cannabis.

Ohio Democratic gubernatorial candidate John Cranley, currently Cincinnati’s mayor, tweeted, “It’s not enough for marijuana to be decriminalized in Ohio. Every day it’s illegal is another day we’re leaving tax revenue and jobs on the table that could be going back right into our communities. It’s time to #LegalizeIt.”

Washington, D.C.’s attorney general tweeted, “Safe injection sites are saving lives in New York–since opening on Nov. 30th, they’ve reversed at least 85 overdoses. I support these sites, and will continue standing up for them in court, because we need to do all we can to fight this epidemic.”

Colorado’s treasurer tweeted, “More than $12 billion in marijuana has been sold since legalization in 2014, with the state collecting over $2 billion in taxes.”

Virginia’s Senate president pro tempore tweeted, “Let’s talk about pot.  Yes, we legalized it and I even opened the Cannabis Outlet after we did!  But the job isn’t done.  People are still in jail for something that is legal today.  My SB518 would give them all a chance to be re-sentenced and get home with their families.”

The South Dakota House State Affairs Committee approved a bill to limit the types of medical cannabis products that will be allowed.

A Nebraska senator posted, “Just thought I’d drop a quick note that I am not settling for anything that does not create a safe, effective, and accessible medical cannabis system in our state. We are full steam ahead on the ballot initiative.”

Pennsylvania regulators posted a fee schedule for replacement medical cannabis cards and qualifications for financial hardship in the program.

New York regulators published an updated list of doctors who are certified to recommend medical cannabis and who have consented to having their names shared.

A review concluded that medical and recreational marijuana laws “do not generate negative outcomes in the labor market, lead to greater criminal activity, or reduce traffic and road safety.”

A study found that medical cannabis use “reduces opioid prescription for patients with chronic back pain and improves pain and disability scores.”

The South Dakota Democratic Party tweeted, “In 2020, SD voters proved they wanted recreational use of marijuana. Gov. Noem has thought otherwise. It is high time we pass legislation that speaks the will of the voters. ALL marijuana belongs in South Dakota.”

The Rhode Island League of Cities and Towns is asking lawmakers to include a local 3 percent tax on marijuana sales in legalization legislation.

Amazon’s vice president of public policy said the company has “no plans to sell cannabis and that is not why we’re doing this or being involved in this debate” about legalization.

Trulieve Cannabis Corp. completed a rebranding of its retail locations in Pennsylvania.

Arizona retailers sold more than $1.2 billion worth of recreational marijuana products in the first year of sales. 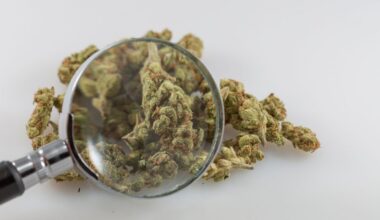 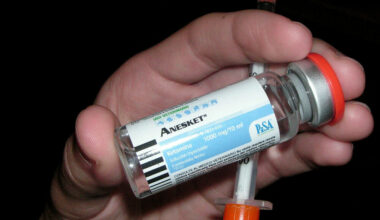