Some elements of the new law, for example those allowing personal possession and home cultivation of cannabis, took effect on July 1. Other aspects, however—most notably establishing a regulated retail cannabis market—don’t kick in until 2024 and will require further approval in the coming year from state lawmakers and the governor.

Under the final deal agreed to by lawmakers last session, nearly all of the legal cannabis sales provisions of the law are subject to reenactment by the legislature in the 2022 session.

Depending on who voters choose as governor, and which party ends up controlling the legislature during the election, the new government could drastically roll back planned reforms or undo them completely, said Jenn Michelle Pedini, development director for the advocacy group NORML and executive director of the group’s Virginia Chapter.

At one point, the state Senate wanted the voters themselves to directly weigh in on the policy change. A provision in the body’s version of the legislation would have put a legalization referendum on the state ballot, but it was removed from the final bill before passage.

But advocates say that even though there won’t be a legalization question on the ballot next month, the fate of the policy will ultimately be decided by voters in the coming general election.

“Legalization really is on the ballot in November,” Pedini told Marijuana Moment on Friday. “Why? Because nothing will have more of an impact on the future of cannabis legalization in Virginia than how Virginians vote in the general election.”

#Legalization really *is* on the ballot in #Virginia, just not as a referendum. Who makes up the next General Assembly is who determines if retails sales and licensing are expedited or if the issue is DOA in the 2022 session. Make a plan and #VOTE! https://t.co/Be9pcerQGR pic.twitter.com/qYe7k6D3go

NORML typically supports politicians who favor full legalization of cannabis. In Virginia, those tend to be Democrats. “The legalization votes in 2021 were entirely along party lines,” Pedini said. “Everything seems to be about partisan antics right now, and there’s no reason to believe that will change for the 2022 session.”

The most consequential race on the marijuana front is the contest for governor. NORML has given the race’s Democratic candidate, former Gov. Terry McAuliffe, an A grade, noting his public statements calling for legalization.

The Republican candidate, Glenn Youngkin, a private equity executive, has a D grade from NORML, which notes Youngkin supports only limited cannabis decriminalization.

The incoming governor would have the opportunity to veto or make amendments to any marijuana bills that reach his desk. A hostile governor could torpedo legalization completely, and it’s unlikely Democrats, even if they do maintain their legislative majority, could muster the supermajority of votes needed to override any veto from Youngkin.

“Based on the 2021 votes, it would appear that there would not be the supermajority required to reject a veto,” Pedini said. “That’s the reality.”

The balance of power in the state House of Delegates, where all members are also up for election this year, could also determine what happens with marijuana. If Republicans gain control of the chamber, Pedini said, it’s possible the legalization measure might never be enacted.

“There doesn’t appear to be a path forward without a majority in both chambers,” they said.

Other races on next month’s ballot could also be consequential, and the question of legalization has become a wedge issue between Democratic and Republican candidates despite bipartisan support among voters.

The Democratic candidate for attorney general, incumbent Mark Herring, has called for cannabis legalization in the commonwealth, earning him an A+ grade from the advocacy organization. GOP challenger Jason Miyares, meanwhile, earned a D grade for his limited support for medical marijuana.

In the race for lieutenant governor, NORML also gave the Democrat a strong edge. Haya Ayala, currently a state delegate, earned an A+ rating for her advocacy, including her cosponsorship of a bill last session that would’ve legalized cannabis for adult use. Republican Winsome Earle Sears, a former member of the House of Delegates, received a D grade from NORML.

In Virginia, the lieutenant governor presides over the Senate. Earlier this year the office’s current occupant actually broke a tie to advance a legalization vote to passage, highlighting the importance of next month’s race.

Some of the GOP candidates have challenged the idea they’d put a wrench in legalization plans. Youngkin’s gubernatorial campaign tweeted in July that he “will not seek to repeal it,” adding that the candidate’s focus is “on building a rip-roaring economy” and improving education and public safety.

Glenn Youngkin will not seek to repeal it; his focus will be on building a rip-roaring economy with more jobs and better wages, restoring excellence in education, and reestablishing Virginia’s commitment to public safety.

Virginia NORML also released a local voter guide with information about candidates for city and county positions and their responses to questions about legalization.

Over the last session, current Gov. Ralph Northam (D) strongly advocated for cannabis reform, and lawmakers sent bills to enact legalization to his desk in February. In March, the governor formally submitted substitute language to the bills—including speeding up the timetable for legalizing possession and home cultivation—and in April both chambers approved the proposed changes as suggested.

Washington: New Rule Expands the Pool of Those Eligible for Marijuana Business Licenses 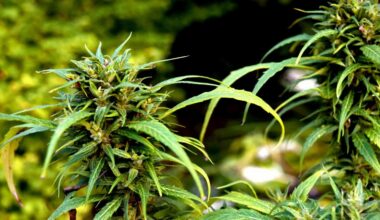 Read More
NNews
The Mississippi House of Representatives passed an amended medical marijuana legalization bill on Wednesday on a 104–14 vote,… 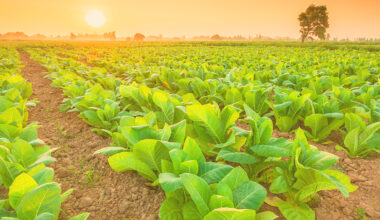 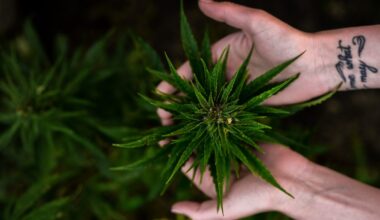 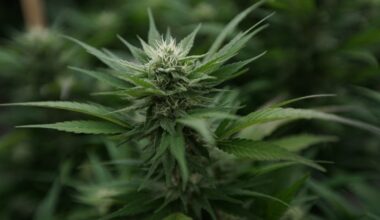