A Senate-passed bill to legalize possession of certain psychedelics in California cleared a procedural hurdle on Monday—but it faces another critical challenge in the Assembly next week that could decide its fate.

After passing the Senate earlier this year, the legislation from Sen. Scott Wiener (D) has moved through two Assembly committees so far. It advanced through a second reading on the chamber’s floor on Monday and was re-referred to the Assembly Appropriations Committee.

Now advocates are focusing on what happens on August 26, when the measure is expected to be considered by the panel during a “suspense hearing.”

It passed there, it will be eligible for third reading passage on the floor. If it clears the full Assembly then, it would need to go back to the Senate for concurrence on recent amendments by September 10 in order to reach the governor’s desk this year. If that doesn’t happen, it could remain floor eligible but wouldn’t be acted upon until January at the earliest.

The worst case scenario for advocates is if the bill is “held on suspense” in Appropriations next week, which means it’s effectively dead.

Wiener has spent significant energy building support for the reform proposal as it has moved through the full Senate and two Assembly committees, including by holding a recent rally with military veterans, law enforcement and health officials.

As a result of changes approved by the latest panel last month, the bill includes language laying out the limits for what is an allowable personal possession amount for each substance. That’s led Decriminalize Nature (DN), a group that’s worked to enact psychedelics reform across the country, to call for the tabling of the legislation while disagreements are worked out.

Carlos Plazola, co-founder of the organization, recently told DoubleBlind that the only provision of the legislation that “we’ll die on the hill for is limits.” He said Decriminalize Nature’s “official position is neutral with a request that they park the bill and remove limits for natural plant medicines.”

But Wiener told the outlet that he doesn’t want to lose momentum by slowing things down, and said his goal is to “pass this bill this year and to have it signed into law this year.”

Other advocates say they are taking a practical position on the revision, accepting the possession limits in the interest of advancing the reform through a legislature that could otherwise defeat the bill if it contained no such restrictions. That would leave criminalization in place across the board.

As currently drafted, these are the prescribed limits for personal possession that would be legalized:

It should be noted that while personal possession limits would be imposed under the revision, facilitators could have aggregate amounts for group use, meaning they could possess the allowable amount for each individual involved in a ceremony. And when it comes to personal cultivation, there would not be any limits.

In a prior Assembly panel, Wiener supported a committee amendment that removed ketamine from the list of psychedelics included in the reform. That’s in addition to a series of technical revisions that have been made to the legislation since it was first introduced.

Wiener has described its prospects going forward as “very challenging,” but he made the case at a recent press event that it is a necessary policy change to advance mental health reform and end criminalization.

Speaking at an event hosted by the Psychedelic and Entheogen Academic Council (PEAC) in June, the senator said advancing the legislation would be first step toward decriminalizing all currently illicit drugs. He later reiterated that point, stating that “this bill is one step in the direction of ending the failed war on drugs.”

While the bill is being described by lawmakers and advocates as simple “decriminalization,” the official legislative analysis of the proposal states that it would “make lawful” the personal possession of these substances.

Meanwhile, California activists recently filed a petition for the 2022 ballot to make the state the first in the nation to legalize psilocybin mushrooms for any use.

Other Massachusetts cities that have enacted the policy change are: Northampton, Somerville and Cambridge. And earlier this month, state lawmakers also heard testimony about a bill to create a task force charged with studying the implications of legalizing psychedelics like psilocybin and ayahuasca.

Voters in Washington, D.C. approved a ballot measure to decriminalize psychedelics in the nation’s capital in November.

For the most part, the burgeoning psychedelics movement has been limited to decriminalization—with the exception or Oregon, where voters elected to legalize psilocybin for therapeutic purposes during last year’s election.

All of these latest developments are some of the latest iterations of a national psychedelics reform movement that’s spread since Denver became the first city to decriminalize psilocybin mushrooms in 2019. 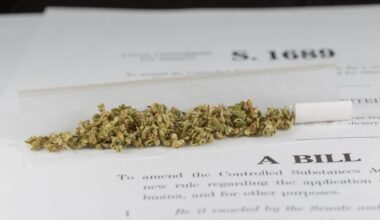