Federal health agencies should pursue research into the therapeutic potential of psychedelics for military veterans suffering from a host of mental health conditions, a House committee says in a new report attached to spending legislation.

The report for the Departments of Labor, Health and Human Services, Education, and Related Agencies (LaborH) contains novel language stating that the epidemic of veteran suicides necessitates an evaluation of alternative treatment options, including psychedelics.

“There have been many recent studies and clinical trials demonstrating the positive impact of alternative therapies, including psychedelics, for treatment resistant post-traumatic stress disorder (PTSD) and major depressive disorder, particularly for veteran participants,” it says. “In light of growing interest in this area, the Committee encourages [the National Institutes on Health] and other relevant Federal agencies to undertake, and where appropriate expand, research to evaluate the effectiveness of psychedelic therapies in treating PTSD, major depressive disorder, and other serious mental health conditions.”

While Congress continues to lag on actually enacting drug policy reforms like marijuana legalization, the report language reflects a growing recognition that certain currently illicit substances hold medical potential that has been largely under-researched. It also comes amid a national movement to reform psychedelics law—and as universities are increasingly prioritizing research into the substances.

Melissa Lavasani, co-founder of the Plant Medicine Coalition (PMC), told Marijuana Moment that the group has spent the past six months “educating Members on the Hill about psychedelics and their therapeutic potential,” and its “encouraged” by the inclusion of this research language in the appropriations report.

“Though we are disappointed that the Committee did not specifically fund psychedelic research, we are not discouraged. We consider this a critical first step in advancing and broadening the research potential of these medicines,” she said. “This committee report language signals to NIH and other federal agencies that there is Congressional support for expanding federal psychedelic research.”

“Plant Medicine Coalition will continue to engage with Members of both the House and Senate, as well as the Biden Administration, to advance this dialogue and other policies that allow for safe and equitable access to psychedelics,” Lavasani said.

In June, a senior science policy advisor with the Substance Abuse and Mental Health Services Administration (SAMHSA) discussed “compelling” research into psychedelics and the importance of federal involvement as local policies change, regardless of the illegality of these substances under federal statute.

NIH Director Francis Collins in May touted the therapeutic potential of psychedelics like psilocybin and MDMA at a Senate hearing, and he also slammed ongoing federal restrictions that are inhibiting research into marijuana.

The appropriations process this session has seen numerous drug policy reform provisions included in bill text and attached reports—including measures shielding state medical cannabis laws from federal interference, protecting banks that work with marijuana businesses, encouraging government agencies to reconsider policies that fire employees for use and stopping immigrants from being deported for cannabis, among other issues.

For LaborH, there’s a passage urging the National Institute On Drug Abuse (NIDA) to support expanded marijuana studies, for example.

It goes on to mandate that NIH work with federal agencies to broaden access for researchers to obtain marijuana and other Schedule I drugs, which can be difficult to access due to their restricted status under federal law.

However, advocates were disappointed to see that another rider dating back to the 1990s was again included in the LaborH bill that broadly prevents agencies from promoting the legalization of Schedule I substances like marijuana. Rep. Alexandria Ocasio-Cortez (D-NY) attempted to get that language deleted in 2019 by arguing that it impedes research on psychedelics, but many Democrats joined Republicans in rejecting her floor amendment.

At the state and local level, psychedelics reform is moving ahead at a rapid pace.

California psychedelics activists recently filed a petition for the 2022 ballot to make the state the first in the nation to legalize psilocybin mushrooms for any use, for example.

That proposal would go further than the psilocybin measure that Oregon voters approved last year, which made it legal for therapeutic use in a clinically supervised setting.

Meanwhile, the Northampton, Massachusetts City Council passed a resolution in April to deprioritize enforcement of laws against the possession, use and distribution of a wide range of psychedelics such as psilocybin and ayahuasca. It’s the third city in the state to advance the policy change, following Somerville and Cambridge.

These are some of the latest iterations of a national psychedelics reform movement that’s spread since Denver became the first city to decriminalize psilocybin mushrooms in 2019.

An Arcata, California councilmember announced this month that she would sponsor a measure to decriminalize psychedelics.

Read the full text of the psychedelics language in the spending bill report below:

Psychedelic Treatments.—Despite the recent Department of Veterans Affairs’ 2020 National Veteran Suicide Prevention Annual Report that showed there were no significant increases in the veteran suicide rate from 2017 and 2018, the Committee is concerned that over 17 veterans on average continue to commit suicide each day, which is a number that has remained persistent over the past decade. There have been many recent studies and clinical trials demonstrating the positive impact of alternative therapies, including psychedelics, for treatment resistant post-traumatic stress disorder (PTSD) and major depressive disorder, particularly for veteran participants. In light of growing interest in this area, the Committee encourages NIH and other relevant Federal agencies to undertake, and where appropriate expand, research to evaluate the effectiveness of psychedelic therapies in treating PTSD, major depressive disorder, and other serious mental health conditions. 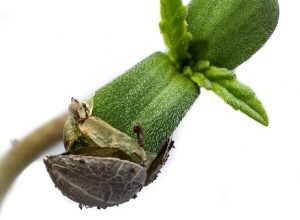