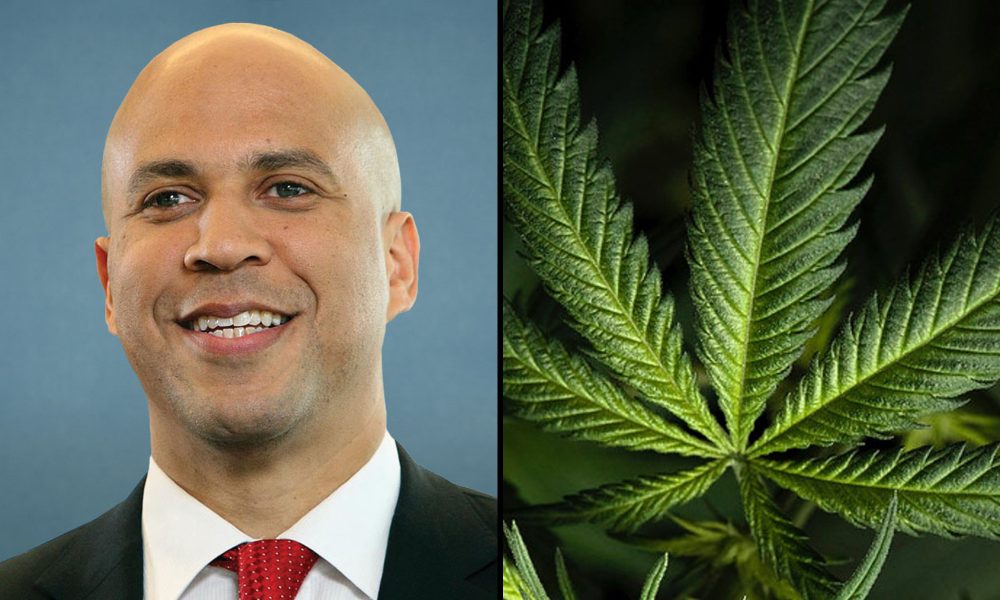 In a pair of new interviews, Sen. Cory Booker (D-NJ) is getting more specific about the path forward for marijuana reform this Congress, explicitly acknowledging plans to advance “SAFE Banking Plus” legislation that combines financial fixes for the cannabis industry with other, more justice-focused incremental policy changes—which he predicts could pass sometime between November’s midterm elections and January.

Advocates and industry stakeholders have been hanging on the senator’s words in the weeks since he filed a long-awaited federal legalization bill alongside Senate Majority Leader Chuck Schumer (D-NY) and Senate Finance Committee Chairman Ron Wyden (D-OR).

That’s because, for the better part of the past year, Booker has drawn a clear line in the sand, insisting that comprehensive legalization must be enacted first before modest reforms like the Secure and Fair Enforcement (SAFE) Banking Act advance in his chamber.

Since filing the Cannabis Administration and Opportunity Act (CAOA), however, Booker has characterized himself as a “compromise guy,” ready and willing to work with his colleagues across the aisle to get something done on marijuana policy before the end of the session.

That something will likely be what’s become known as “SAFE Banking Plus” that combines protections for financial institutions that work with state-legal cannabis businesses with other reforms such as expungements for people with past convictions and industry access to federal Small Business Administration (SBA) services. Schumer has been holding bipartisan and bicameral talks about what such a marijuana omnibus bill might look like.

“It would have to be a SAFE Banking Plus bill,” to get his support for legislation that falls short of an ambitious legalization bill like CAOA, Booker told Cheddar News on Wednesday. “I know there’s a lot of small businesses that are really suffering right now. They can’t access the financial industry to get loans for it. They can’t find a way to get out of using enormous sums of cash, which end up making them targets for criminal activity.”

“I know the urgency for SAFE Banking for the little woman or little guy in terms of getting this done,” he said. “But I also know that if we get that done—which is being pushed by large corporations and other large financial interests—we will leave behind the millions of Americans who had themselves or their families been affected by these low-level drug charges.”

Whether by intention or not, the year that it took the senators to file CAOA after releasing a draft version seems to have steered the conversation around congressional cannabis reform in a more bipartisan direction. The sponsors have publicly recognized that there’s likely not enough support for their wide-ranging measure, but some of its provisions, informed by feedback from bipartisan offices, could be used a building blocks for SAFE Banking Plus.

“There’s got to be things [in the package], from opening up SBA loans to small businesses, because right now the industry has about one percent minority participation in terms of the ownership of retailers,” he said, adding that the legislation should ensure businesses “have a level playing field for accessing capital.”

“Expungement of records, which is really important,” is another reform being discussed, as well as “other things that I think should not be that hard to get in some kind of compromise,” Booker said.

What’s raising hopes among advocates is that the Senate champions of the new legalization bill have put a strong emphasis on the increasingly bipartisan nature of their talks with other offices.

“I’m actually gaining enthusiasm,” Booker said in a separate interview with PIX 11. “It is actually moving with more and more senators coming on to the major bill—and now more Republicans are stepping up to help us perhaps land a compromise.”

Part of the shift, he said, may well have to do with the fact that senators across the political spectrum are seeing their states move to legalize cannabis, and it’s forcing reluctant members to consider compromises, if only for their constituents’ sake.

“When it comes to marijuana, I think that there’s a lot of senators who come from states where it’s legalized that are now beginning to realize that they’ve got to do something to help these businesses out,” the senator told Cheddar. “So there’s conversations going on. I’m very encouraged by them. This is a long way from when I first got to the Senate, and Democrats wouldn’t talk to me about this issue. So I’m very hopeful that we can get something done before the end of this Congress.”

He said specifically that the “midterm elections [in November] through January are the windows we have a chance to get something done.” It’s not clear why Democratic leadership would delay action on a broadly popular issue until a lame duck session after an election which could see one or both chambers flip to GOP control, but there’s only so much time left to introduce and advance an incremental marijuana reform package before the midterms.

As he frequently points out, Booker also reiterated that it makes no sense to continue criminalizing people over cannabis when the sitting vice president and former presidents have spoken “openly about their drug use that did not have legal consequences for their lives.”

“Why should it be so impactful—permanently impactful—to young people in my community?” he said. “I want to make sure that, as everybody’s rushing to legalize, don’t forget about the people who are suffering from—and their families who’ve really suffered from—marijuana prohibition.”

Booker initially signaled he was coming around to marijuana banking reform (contingent on equity provisions) at a Senate Judiciary subcommittee hearing last month that he convened as chairman.

Meanwhile, the bicameral sponsors of the SAFE Banking Act, Reps. Ed Perlmutter (D-CO) and Sen. Jeff Merkley (D-OR), laid out next steps for the cannabis banking reform last month at a briefing organized by the U.S. Cannabis Council (USCC).

Perlmutter also said in a recent interview that he feels the introduction of CAOA alone in the Senate means that lawmakers have overcome a legislative “hurdle” that’s kept SAFE Banking from advancing in the chamber.

Meanwhile, the third-highest-ranking Democrat in the Senate, Assistant Majority Leader Patty Murray (D-WA) signed on to CAOA following its introduction, but in a statement, she also stressed that lawmakers must enact the bipartisan banking bill in the interim.

What Is Terpene Essential Oil, And How Is It Used? 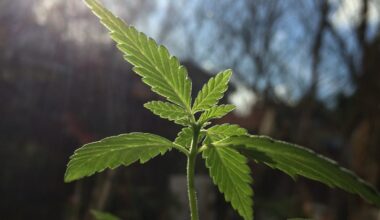 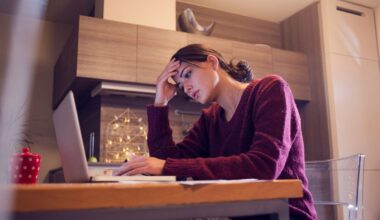