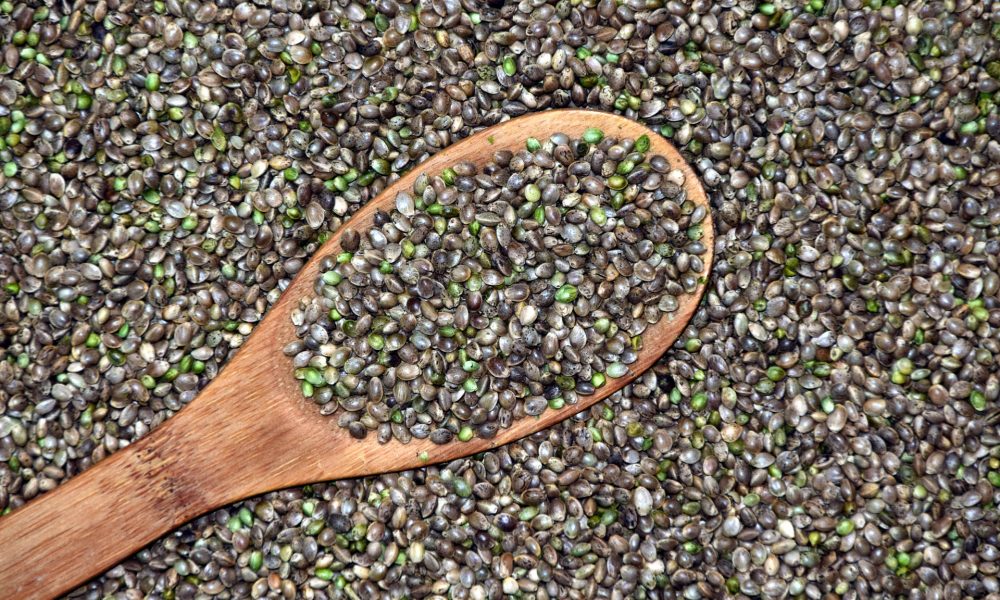 The U.S. Department of Agriculture (USDA) has announced that it will be partnering with Cornell University on a webinar series to promote education about hemp as the industry evolves.

The events, the first of which was held on Wednesday, will feature experts in academia, research, production and private industry, according to a press release. The webinar this week focused on outdoor cultivation, and the next on February 9 will explore indoor cultivation.

Other topics that will be taken up over the next few months include hemp processing, extraction, the endocannabinoid system, food science, genetics and the economics of hemp production.

“Hemp is rapidly emerging as a critical multi-use and economically significant crop, so this hemp seminar series is designed to increase the diversity, equity, and inclusivity of ARS’ mission while providing hemp-specific education, training, and networking opportunities to historically underserved communities,” he said.

For each event, the experts will spend about 30-40 minutes discussing their issue and then participants will be able to submit questions.

Meanwhile, USDA announced last month that it has taken steps to improve insurance policies for hemp businesses, making them more flexible in response to stakeholder feedback.

USDA has taken a number of steps to align hemp insurance policies with those of other lawful crops since the plant was federally legalized under the 2018 Farm Bill, consistently seeking out input from stakeholders as the industry matures.

In 2020, for example, the department made it so hemp farmers can qualify for Multi-Peril Crop Insurance, in addition to several other coverage programs for which the crop is now eligible.

As part of its overall outreach, the department launched a large-scale survey in August to gain insight into the hemp market that’s emerged.

After requesting permission from the White House last year to conduct the survey of about 20,000 hemp farmers, the agency’s National Agricultural Statistics Service recently made response forms available to be filled out via mail or online.

USDA is asking questions about plans for outdoor hemp production, acreage for operations, primary and secondary uses for the crop and what kinds of prices producers are able to bring in. The questionnaire lists preparations such as smokeable hemp, extracts like CBD, grain for human consumption, fiber and seeds as areas the department is interested in learning about.

The department announced plans in 2020 to distribute a separate national survey to gain insights from thousands of hemp businesses that could inform its approach to regulating the industry.

That survey is being completed in partnership with National Association of State Departments of Agriculture and the University of Kentucky. The department said it wanted to learn about “current production costs, production practices, and marketing practices” for hemp.

There’s still much to learn about the burgeoning market, even as USDA continues to approve state regulatory plans for the crop. Recently, the agency approved a hemp plan submitted by Colorado, where officials have consistently insisted that the state intends to be a leader in the space.

While USDA’s final rule for hemp took effect on March 22, 2021, the agency is evidently still interested in gathering information to further inform its regulatory approach going forward. Industry stakeholders say the release of the final rule is a positive step forward that will provide businesses with needed guidance, but they’ve also pointed to a number of policies that they hope to revise as the market matures such as USDA’s hemp testing requirements.

The federal Small Business Administration’s Office of Advocacy expressed a similar sentiment in a blog post last February, writing that it is “pleased with some of the changes that [USDA] has made to the rule, as they offer more certainty and are less burdensome to small farmers,” but “some concerns remained unaddressed in the final rule.”

USDA said last year that it is teaming up with a chemical manufacturing company on a two-year project that could significantly expand the hemp-based cosmetics market.

Meanwhile, the U.S. Department of Energy (DOE) announced in August that it is sponsoring a project to develop hemp fiber insulation that’s designed to be better for the environment and public health than conventional preparations are.

Read More
NNews
The U.S. Department of Veterans Affairs (VA) is clarifying that military veterans can still be certified as eligible…

Read More
NNews
With the end of the current Congress approaching, efforts to find areas of compromise on marijuana reform are…