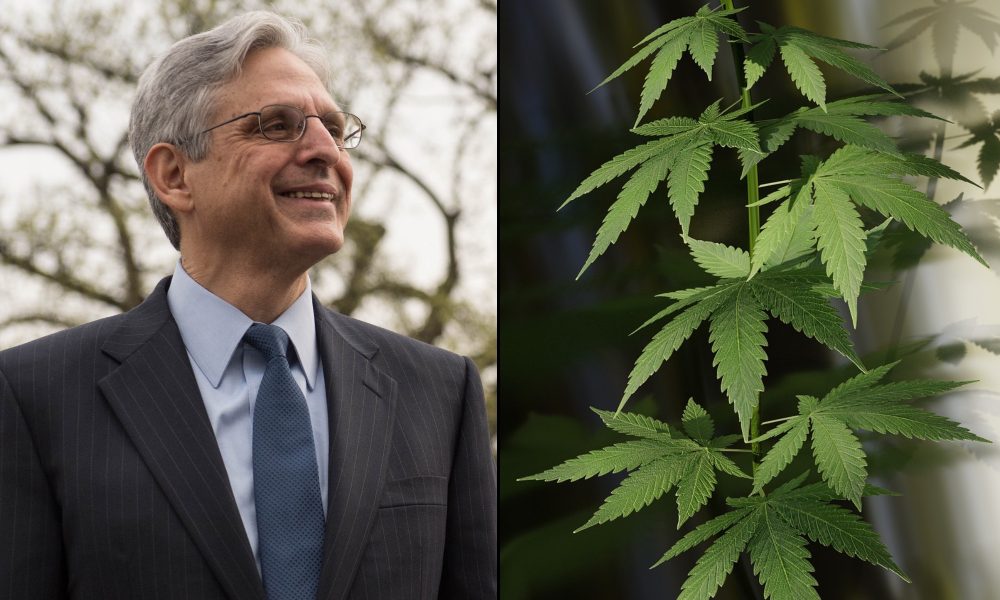 U.S. Attorney General Would Be Required To Create Marijuana Commission To Advise On Legalization Under New Bipartisan Bill

A bipartisan group of congressional lawmakers filed a bill on Thursday that would direct the attorney general to create a commission charged with making recommendations on a regulatory system for marijuana that models what’s currently in place for alcohol.

The measure will “provide lawmakers across the ideological spectrum the opportunity to engage on cannabis reform by creating a fair, honest and publicly transparent process for the federal government to establish effective regulation to be enacted upon the termination of its 85-year prohibition of cannabis,” according to a summary from the sponsors.

“With 91 percent of Americans supporting either medical or recreational cannabis legalization, it’s time for the federal government to respect the will of our voters—both Democrat and Republican alike—and begin a serious conversation about what a post-prohibition America should look like,” Joyce said in a press release.

“The PREPARE Act will give my colleagues on both sides of the aisle the answers they need to effectively engage on cannabis reform so that Congress can develop a federal regulatory framework that ensures not only a responsible end to prohibition, but also a safe future for our communities,” he said.

Of course, advocates and stakeholders are eager to end prohibition and enact a tax-and-regulate framework for marijuana sooner rather than later. So while it stands to reason that the measure to form a “Commission on the Federal Regulation of Cannabis” could attract some conservatives and moderates as an interim step, it’s likely to face pushback from legalization proponents who feel that there are already adequate legislative vehicles proposed to change federal marijuana policy today, even if there may be room for improvement.

For example, the House passed a bill this month from Judiciary Committee Chairman Jerrold Nadler (D-NY) that would federally legalize cannabis, institute tax policies for the market and promote equity. Democratic Senate leadership is also preparing to file a comprehensive legalization bill later this month.

To be sure, the House-passed Marijuana Opportunity, Reinvestment and Expungement (MORE) Act passed on a largely partisan basis—with just three GOP members voting to advance it. And while the Senate bill is still being finalized, it’s expected to face a significant, uphill battle in the chamber where Democrats hold just a slim minority—and not every member of the party is on board with legalization.

Enter, the PREPARE Act. The sponsors say it will lead to the “development of a federal regulatory framework that will help ensure safety, accountability and economic growth among the 45+ states that have enacted cannabis legalization to some degree” while accounting for the “unique needs, rights and laws of each state.”

Joyce supports ending federal prohibition, and he serves as one of two GOP members of the Congressional Cannabis Caucus. However, he voted against the MORE Act and explained his reasoning to colleagues, as well as in an op-ed for Marijuana Moment.

While he sent a letter to Nadler ahead of the House floor vote, offering to work together to revise the bill in a way that could garner more bipartisan support, that evidently didn’t come to fruition and now he’s proposing a more deliberative process to determine the best regulatory route for cannabis reform.

Jeffries, for his part, did vote for the MORE Act and has sponsored other legalization bills. But he’s made a point to reach across the aisle and embrace modest criminal justice reform proposals, even if he’s willing to go further and faster. For example, he teamed up with GOP colleagues to get sentencing reform legislation across the finish line. His partnership on the PREPARE Act makes sense in that respect.

“Americans across the political spectrum recognize that now is the time for cannabis reform,” Jeffries said. “Since the failed war on drugs began over 50 years ago, the prohibition of marijuana has ruined lives, families and communities—particularly communities of color. The PREPARE Act is one of the bipartisan solutions that will lay the groundwork to finally right these wrongs in a way that advances public safety and boosts our economy.”

Mast, who recently joined Joyce as one of two GOP co-chairs of the Cannabis Caucus, also voted for the MORE Act on the floor this month. The congressman said the new bill is “an important step to ensuring the necessary framework exists for a post-prohibition world.”

Here’s what the new bill would accomplish:

Require the attorney general to establish a “Commission on the Federal Regulation of Cannabis” within 30 days of the bill’s enactment.

The commission would be responsible for studying federal and state regulatory models for alcohol and make recommendations about how they could inform marijuana regulations.

Among other things, the commission’s report must look at the impact of marijuana criminalization, particularly as it concerns minority, low-income and veteran communities.

The panel would also examine the “lack of consistent regulations for cannabis product safety, use and labeling requirements” as well as the “lack of guidance for cannabis crop production, sale, intrastate, interstate, and international trade.“

It would also need to make recommendations on how to remedy cannabis-related banking and research barriers as well as address measures to ensure the “successful coexistence of individual hemp and cannabis industries, including prevention of cross pollination of cannabis and hemp products.”

Members would further be mandated to study and make recommendations on “efficient cannabis revenue reporting and collecting, including efficient and tenable federal revenue frameworks.”

The panel would be required to issue a report to Congress within 12 months.

The panel would include representatives of:

It would also include a person formerly incarcerated for a non-violent cannabis use or possession crime, a substance use disorder prevention expert, a medical cannabis patient or advocate, a historical expert on cannabis criminalization, a medically licensed individual with knowledge of cannabis use and treatments, a representative from a trade organization or nonprofit representing highly regulated adult goods and consumer package goods and two people who have worked to develop state-level regulatory systems.

Joyce’s support for legalization isn’t in question. His Democratic co-chairs on the Cannabis Caucus told Marijuana Moment earlier this month that his “no” vote on the MORE Act was not a cause for concern and that disagreements about specific policies happen even when lawmakers share a fundamental goal.

But the congressman has made clear that he’s going to approach this particular issue carefully—even if that means breaking ranks and potentially frustrating advocates and stakeholders who want an expedited timeline for reform.

Attorney General Merrick Garland, for his part, said during his Senate confirmation proceedings that it’s a waste of federal resources to go after people acting in compliance with state cannabis laws and recognized racial disparities in marijuana enforcement. But he hasn’t acted on calls from certain lawmakers to initiate the process to decriminalize marijuana.

Joyce has sponsored his own bill to federally deschedule marijuana—and he also introduced a bill alongside Rep. Alexandria Ocasio-Cortez (D-NY) late last year to incentivize states to expunge low-level cannabis convictions. But he’s yet to attach himself to reform proposals from either side of the aisle that lay out specific regulations for federal legalization.

Meanwhile, Mast is a cosponsor of a bill led by Rep. Nancy Mace (R-SC) that would federally tax and regulate cannabis.

With the introduction of the PREPARE Act, Joyce is positioning himself as a cannabis policy pragmatist on Capitol Hill who is committed to advancing reform—while building bipartisan consensus around the issue—but at the same time is willing to take flack from pro-legalization allies who are tired of waiting for Congress to end prohibition.

A poll released on Wednesday offered another sign of just how far the reform movement has progressed, with four in ten American voters saying that they feel cannabis legalization should be a “top” or “important” priority for Congress as the midterm elections approach.

Read the text of the PREPARE Act below: