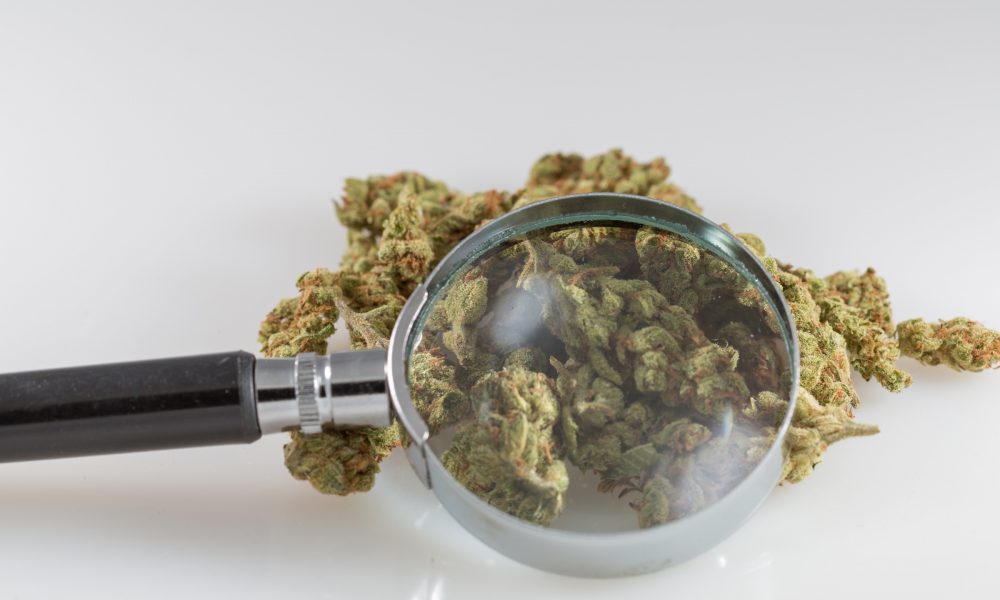 Even as states have adopted less punitive drug policies—with an emphasis on treatment over incarceration—police have continued to arrest people for illegal substances at a steady rate, a new analysis from the Pew Charitable Trust found.

The report details several interesting trends in drug policy and enforcement that developed from 2009 to 2019. Researchers identified “divergent enforcement trends—high rates of arrest but substantially reduced incarceration—coupled with a lack of treatment options and high mortality rates among people with illicit drug dependence.”

There are a few data points that advocates are encouraged by: lower rates of incarceration, fewer arrests over cannabis as more states have adopted legalization laws and reduced racial disparities in drug enforcement overall, for example.

But while local, state and federal policies have shifted over past couple decades—and more prosecutors being encouraged, or proactively taking steps, to not criminalize people over substance-related issues, police evidently aren’t getting the message.

“Drug possession arrests held steady at more than a million a year, in stark contrast with a large reduction in overall arrests, which dropped 29 percent,” Pew said.

Arrests for drug possession barely changed between 2009 and 2019, even as arrests overall plummeted by over a 1/4.

Yet, the number of arrests for drug sales/manufacturing—and of people admitted to and held in prison for drug offenses—all fell by roughly a 1/3 at the same time. pic.twitter.com/O5gYCun8TZ

And while marijuana-related arrests have declined, there’s been a significant uptick in arrests of primarily white people over methamphetamine.

Meanwhile, the “numbers of people admitted to and held in state prisons for drug offenses both fell by about a third” over the years studied, “accounting for 61 percent of the overall reduction in prison populations and 38 percent of the total decline in admissions.”

So, what’s driving this stagnation in drug possession arrests?

Look to methamphetamine, for which possession arrests virtually doubled from 2009 to 2019.

Conversely, arrests for marijuana plummeted during the same time. pic.twitter.com/uRhxxHN7wk

“The decline in the number of Black people incarcerated for drug offenses made up 26 percent of the decrease in prison admissions and 48 percent of the drop in the prison population,” Pew found.

But there are other, troubling revelations from the analysis: for instance, while incarceration rates have steadily deadlined, drug- and alcohol-related mortality in prisons and jails increased by five and three times, respectfully, over the time period that was investigated.

“These trends indicate both an ongoing reliance on the criminal legal system to address drug misuse and that this strategy is costly and ineffective,” the research institute said. “Meaningful reductions in total drug arrests and drug-related deaths may not be achieved without shifting to a public health response that prioritizes evidence-based treatment approaches.”

Interestingly, arrests over drug sales fell by about one-third from 2009 to 2019—but possession arrests remained remarkably stable, dropping by just under half of one percent during the same timeframe.

“More than 1.5 million people were arrested in 2019 for drug offenses, more than any other crime category, accounting for 1 in 10 arrests nationwide. Property crime, simple assault, and driving under the influence all saw just over a million arrests each—roughly two-thirds the number of drug possession arrests. The number of arrests for violent crimes was only a third that of drug offenses.”

Pew’s report doesn’t discuss policy changes that may have contributed to the decreased racial disparity in drug arrests over the decade studies. But what is known is that black people have been specifically and disproportionately impacted by marijuana criminalization, and states have been liberalizing laws around cannabis over recent years, many with a specific focus on addressing that enforcement disparity.

As marijuana arrests have declined, more arrests have been made over methamphetamine, with white people account for a more significant portion of those enforcement actions.

“From 2009 to 2019, arrests of White individuals for drug offenses fell by 11 percent, while the number of Black individuals arrested for drug offenses dropped by more than three times that percentage (37 percent),” Pew said. “These different rates of decline changed the racial composition of drug arrests.”

Still, the disparity continues. The center said that black people “made up 12 percent of the U.S. adult population but more than twice that share of adult drug arrests in 2019.”

So, how do these drug arrest trends relate to prison populations?

Among the states with available data, most actually saw *decreases* in people incarcerated for drug-related offenses.

One potential reason why: A 32% drop in arrests for drug sales and manufacturing. pic.twitter.com/d1SKYtgw9G

Pew reiterated that “the trends in drug arrests, prison admissions, and prison population diverged” over the decade.

“Fifty years of arresting and incarcerating people for drug offenses has produced poor public health and safety outcomes for society, particularly communities of color,” it said. “And although the shifts in drug enforcement patterns in recent decades have reduced some racial disparities and decreased prison populations, they have done little to mitigate the public health consequences of drug misuse.”

50 years of drug-related arrests and incarceration hasn’t improved public health or safety—particularly for people of color.

It’s time to ramp up reform, increase access to treatment, and create a more equitable criminal legal system for *all* Americans. https://t.co/nQ5xFrBSJ0

“Many people incarcerated across the country have substance use disorders, but few receive treatment. And drug mortality rates in both jails and prisons have continued to climb,” the report concluded. “More reforms are needed to further cut states’ reliance on arrest and incarceration for addressing substance misuse and to ensure a more equitable criminal legal system for all Americans.”

Pew separately released a poll late last year that revealed significant intraparty differences in how people of varying political perspectives view the issue of legalizing cannabis for recreational use.

However, it also showed that there is a broad consensus across ideological lines that patients should be able to legally access marijuana for medical purposes. 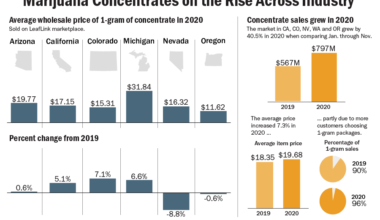 Read More
NNews
Senators have filed another pair of marijuana amendments to a large-scale defense bill. The new proposals, if enacted,…