Denver activists, police officials and other experts have agreed upon a set of recommendations to expand the city’s historic vote to decriminalize psilocybin in 2019—including by deprioritizing criminal enforcement against additional activities like gifting and communal use of the fungi.

The Denver Psilocybin Mushroom Policy Review Panel, which was established under the voter-approved initiative, unanimously approved those and other recommendations as part of a report on the impacts of decriminalization that members will be presenting to a City Council committee next month.

At a high level, the psilocybin decriminalization experiment has clearly demonstrated that “the sky didn’t fall” in Denver by making possession and cultivation among the city’s lowest enforcement priorities, Kevin Matthews, president of the city mushroom panel, told Marijuana Moment.

The report concludes that “after over a year of regular meetings, research and education from members of the psychedelic community in Denver and nationally, data collection, and insightful discussion, the Panel unanimously agreed that decriminalizing psilocybin mushrooms in Denver has not since presented any significant public health or safety risk in the city.”

Matthews, who also spearheaded the 2019 ballot initiative effort, said he’s been encouraged to see city officials, law enforcement and advocates work together to ensure the effective implementation of the policy change and move toward broader reform.

There have been just 47 psilocybin-related cases in Denver since decriminalization took effect in May 2019. By contrast, there were 44 cases in 2018 alone prior, the redacted report, which was shared with Marijuana Moment and other outlets, shows.

Of the post-reform cases, 32 percent were dismissed by prosecutors and about half remain open. Six percent of cases went to sentencing and 11 percent currently involve warrants. One-in-ten of the arrests were for possession of psilocybin by itself, while the rest also involved other currently illicit drugs or possession in excess of the limitations set out in the initiative.

Advocates see the reduction in enforcement activity as a sign that police and prosecutors are taking seriously the will of voters. And they’re hoping to expand upon that progress, laying out recommendations for local legislators to pursue further reform.

Here’s a summary of what the panel is recommending to city officials going forward:

With respect to the further law enforcement training recommendation, the panel advised that officers should complete a curriculum designed by the Multidisciplinary Association for Psychedelic Studies to “reduce risk to Denver residents and first responders and minimize the risk of liability for adverse outcomes”

Public service programs should provide education “related to the safe and informed use of psilocybin,” and there are organizations would could help facilitate those programs.

A key recommendation on psychedelics gifting also notes that Colorado doesn’t current “distinguish gifting or sharing controlled substances from felony distribution.” That’s a key consideration, the panel said, and so Denver “should allow for individuals to gift and exchange personal amounts of psilocybin mushrooms without law enforcement intervention.”

The group further said that Denver could “implement safe/therapeutic use sites” for psilocybin, ”including but not limited to cooperatives and community organizations.”

“Psilocybin in the United States isn’t so much an industry as it is a rapidly emerging ecosystem already influencing healthcare, politics, finance, technology, and religion, and has the potential to innovate and transform the landscape of American society,” the report says. “Because of this potential, much of the responsibility falls on lawmakers and policymakers to no longer deny human history, honor traditional psilocybin use, and ensure that future policy reform centers psilocybin access to populations who can benefit from it the most.”

The panel also said “Denver officials should not simply consider, but wholeheartedly embrace the potential of psilocybin mushrooms to address some of the city’s most pressing social, behavioral, and mental health issues.”

Matthews, who also now serves as the founder of the advocacy group Vote Nature, first previewed some of the panel’s recommendations in August. The panel’s full unredacted report is due to be presented to the City Council in November.

Activists in the state are also mulling over a statewide psychedelics reform push, potentially involving a ballot measure, but details have yet to be released.

Denver became the first city in the U.S. to decriminalize psychedelic mushrooms with its 2019 local ballot initiative. In the years since, activists have seen a national renaissance in psychedelic reform—at the local, state and federal levels.

For example, a coalition of Pennsylvania lawmakers introduced a bill last week that’s meant to promote research into the therapeutic potential of psilocybin mushrooms for mental health conditions such as post-traumatic stress disorder (PTSD)—the latest example of how the psychedelics reform movement is gaining momentum.

For what it’s worth, Rep. Earl Blumenauer (D-OR), a longstanding champion of marijuana reform in Congress, said last week that he intends to help bring the psychedelics reform movement to Capitol Hill “this year.”

In California, the Arcata City Council unanimously approved a referendum last week that effectively decriminalized a wide range of psychedelics. That marked the third California city to decriminalize psychedelics, following similar reforms that lawmakers have enacted in Oakland and Santa Cruz.

Seattle’s City Council approved a resolution last week to decriminalize noncommercial activity around a wide range of psychedelic substances, including the cultivation and sharing of psilocybin mushrooms, ayahuasca, ibogaine and non-peyote-derived mescaline.

Why Weed Vaporizers Are Better Than Traditional Smoking 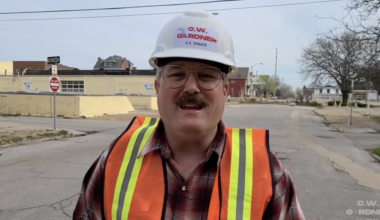 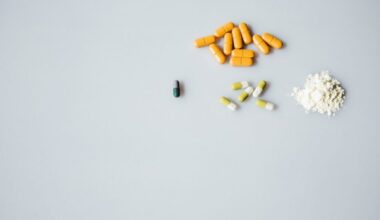