A U.S. sprinter who was suspended from competing in the 2021 summer Olympics over a positive marijuana test is challenging the recent decision to allow a Russian skater to continue to participate in this month’s winter games despite the discovery that she’d tested positive for a banned performance enhancement drug.

Sha’Carri Richardson’s suspension last year drove an international conversation about the global sports policy barring Olympians from using cannabis, and it’s even prompted a scientific review of the policy by the World Anti-Doping Agency (WADA).

But now the runner is openly questioning why she faced serious consequences when Russian skater Kamila Valieva, who helped her team bring home gold in one race and is considered the favorite for a separate race, is being allowed to compete even after testing positive for a banned substance.

Richardson said on Monday that she was confused by the seeming double standard. She said she wanted to “get a solid answer on the difference of her situation and mines.”

Can we get a solid answer on the difference of her situation and mines? My mother died and I can’t run and was also favored to place top 3. The only difference I see is I’m a black young lady. https://t.co/JtUfmp3F8L

“My mother died and I can’t run and was also favored to place top 3,” she wrote, referencing the personal circumstances that she said led her to use cannabis in a legal state last year. “The only difference I see is I’m a black young lady.”

“It’s all in the skin,” Richardson tweeted.

It’s all in the skin

It’s certainly a legitimate question, as black people have historically tended to be held a higher and more discriminatory standard, particularly as it concerns drugs.

Richardson also pointed out that cannabis is “not a performance enhancing drug.”

Btw THC definitely is not a performance enhance!!!!

The doping drug that Valieva tested positive for using, trimetazidine, is known to increase exercise duration and improve cardiac performance—effects that could ostensibly have helped her, for example, historically land the first quadruple jumps made by a woman in an Olympic event this month.

All of this said, there are also some other functional differences between the cases.

For one, Richardson’s suspension was a decision made by the United States Anti-Doping Agency (USADA), which does operate in compliance with international athletics rules and has expressed sympathy for the situation but ultimately insisted that its hands were tied.

Valieva, meanwhile, was temporarily suspended by the Russian Anti-Doping Agency (RUSADA) after the results of her positive doping test were disclosed. The test was conducted in December, so there are questions about the timing of the information’s release, but in any case, RUSADA later lifted the temporary suspension, only to be challenged by WADA, the International Olympic Committee (IOC) and the International Skating Union (ISU).

On Friday, the Court of Arbitration for Sport (CAS)—an international body that resolves these types of Olympic disputes—released a statement rejecting the challenges, permitting Valieva to continue to participate. However, some penalties were imposed by IOC, such as the fact that there will be no medal ceremony held for her event if she finishes in the top three.

While Richardson said she felt that race may have played a factor in the two different outcomes, CAS said that the reason was principally related to the fact that the 15-year-old skater is a minor and therefore a “protected person” who is subject to a different standard under WADA code.

“The RUSADA Anti-Doping Rules and the WADC are silent with respect to provisional suspension imposed on protected persons, while these rules have specific provisions for different standards of evidence and for lower sanctions in the case of protected persons,” it said.

“The CAS Ad hoc Division was requested to determine the narrow issue as to whether a provisional suspension should be imposed on the athlete. It was not requested to rule on the merits of this case, nor to examine the legal consequences relating to the results of the team event in figure skating, as such issues will be examined in other proceedings,” it continued.

U.S. sports commentators are taken aback by the CAS decision. But the details and ongoing questions about this case notwithstanding, it’s the latest example of how the intersection of drugs and sports is becoming a broader question.

Richardson, for her part, said last year that she’d feel “blessed and proud” if the attention her case raised would affect a policy change for other athletes. Even the White House and President Joe Biden himself weighed in on the case, with the president suggesting that there’s a question about whether the marijuana ban should “remain the rules.”

For what it’s worth, the first president of WADA, Richard Pound, also said in an interview with Marijuana Moment last year that the the U.S. bears much responsibility for the enactment of the cannabis ban.

Outside of international sports, domestic athletic organizations in the U.S. have started to adopt different policies with respect to marijuana.

NFL players no longer face the possibility of being suspended from games over positive tests for any drug—not just marijuana—under a collective bargaining agreement. Instead, they will face a fine. The threshold for what constitutes a positive THC test was also increased under the deal.

The NBA announced late last year that is extending its policy of not randomly drug testing players for marijuana through the 2021-2022 season. The association won’t be subjecting players to random drug testing for THC; however, they will continue to test “for cause” cases where players have histories of substance use.

Marijuana icon Snoop Dogg, who was featured at the Super Bowl halftime show on Sunday where an ad separate aired that indirectly supported legalization, argued that sports leagues need to stop testing players for marijuana and allow to them to use it as an alternative to prescription opioids.

Read More
NNews
The effort to legalize medical marijuana in Kansas is effectively dead for 2022, with a key Senate chairman… 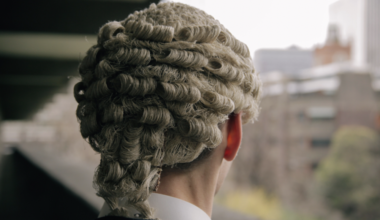