A group of state marijuana regulators from across the U.S. sent a letter telling congressional leaders that the lack of banking access doesn’t just impact cannabis businesses—it also impedes government agencies themselves by making it harder to get financial services.

The New York Senate and Assembly approved a bill to encourage businesses to use hemp materials for packaging, construction and other industrial purposes.

The Massachusetts Cannabis Control Commission reported that the state’s licensed retailers have now sold more than $3 billion worth of legal recreational marijuana products since sales launched. The $2 billion mark was crossed just eight months ago.

Federal prosecutors charged a former president and CEO of the Anaheim, California Chamber of Commerce with scheming to defraud a cannabis company that retained a political consultant to lobby for favorable legislation.

Sen. Alex Padilla (D-CA) tweeted, “The SAFE Banking Act gives legal cannabis businesses equal access to banking services. I proudly stand with my colleagues in calling for this legislation to be taken up in the Senate. “

Rep. James Comer (R-KY) spoke about the popularity of medical cannabis and the failure of Kentucky lawmakers to pass legislation on the issue this session.

Former Rep. Patrick Kennedy (D-RI) tweeted, “While many people can use marijuana without it leading to problematic behavior, those who have mental health challenges—especially young people—will be at an increased risk of severe impacts.”

Colorado Gov. Jared Polis (D) reiterated his support for legislation on his desk to felonize fentanyl possession, but attempted to disconnect it from the war on drugs, which he says he opposes. Separately, regulators issued an expanded health and safety advisory about potentially unsafe levels of yeast and mold contamination in marijuana products produced by Fresh Baked, LLC.

The Massachusetts House of Representatives approved a large-scale bill on marijuana equity and other cannabis issues.

A Wisconsin senator posted, “While Wisconsin remains an island of prohibition, our neighbors in Michigan are breaking cannabis sales records.”

An Illinois judge ordered regulators to conduct simulated lotteries for marijuana businesses who say they were improperly excluded from being prior lotteries for retail licenses.

A lawsuit challenging Utah regulators’ denial of a medical cannabis cultivation license was dismissed by a federal judge.

Denver, Colorado officials removed Lincoln Park from the list of neighborhoods with an undue concentration for cannabis cultivation facilities.

The Israeli Agriculture Ministry announced the country’s first export of cannabis seeds to the U.S.

The Philippine Commission on Human Rights is calling on police to be more transparent about extrajudicial killings in the nation’s bloody “war on drugs.”

A review concluded that “cannabinoids represent a promising approach because they have been proven to exhibit several immunomodulatory, anti-inflammatory, and antiviral properties in COVID-19 disease models and related pathological conditions.”

A poll of Ohio voters found that 81 percent think drug use and addiction is a public health issue, while 15 percent say it is a criminal justice issue.

The Multidisciplinary Association for Psychedelic Studies is investigating allegations that one of its board members tookfinancial advantage of an elderly Holocaust survivor.

Metrc hired a new CEO and made other leadership moves.

An award in an ownership dispute over Native Roots was vacated by a Colorado judge.

Sacha Baron Cohen agreed to dismiss the lawsuit he brought against cannabis company Solar Therapeutics Inc. for allegedly using his Borat likeness on a billboard without permission.

U.S. officials are pushing to have regular contact with American basketball player Brittney Griner, who is being detained in Russia after allegedly being caught with cannabis vapes at an airport. 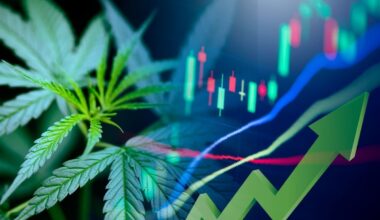 Read More
NNews
Along with the rising popularity of CBD is the challenges and trends that comes after it. What are… 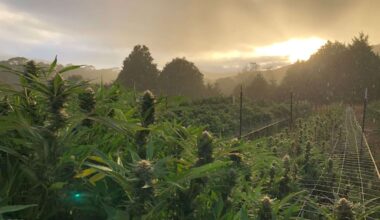 Read More
NNews
When it comes to advocating for marijuana reform on Capitol Hill, Justin Strekal of NORML is one of…