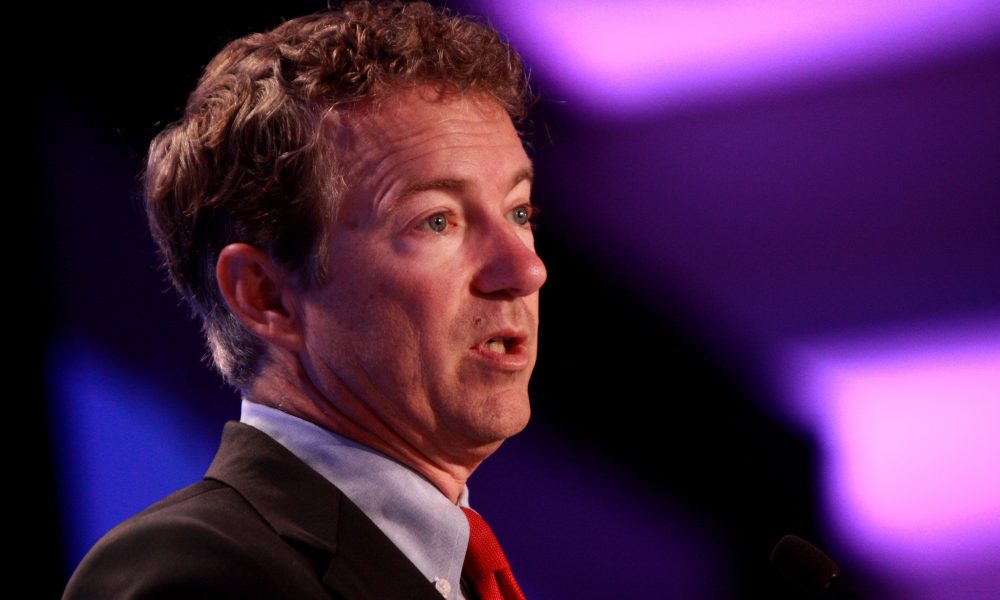 The Drug Enforcement Administration (DEA) says it’s cracked the code to identify what kind of emojis young people are using to talk about buying and selling illicit drugs.

But in classic “how do you do fellow kids” fashion, the federal agency doesn’t appear to have the firmest grasp on the lingo—omitting from a new guide for parents, for example, common emojis that are used in place of marijuana.

The agency even seems internally confused, as there are several iterations of its drug emoji guide that show different symbols used for the same drugs.

DEA also determined that the emojis 💣 and 💥—which it interpreted to mean “bomb ass shit”—are used frequently enough in illegal drug transactions to warrant attention on a government-produced flyer for parents. 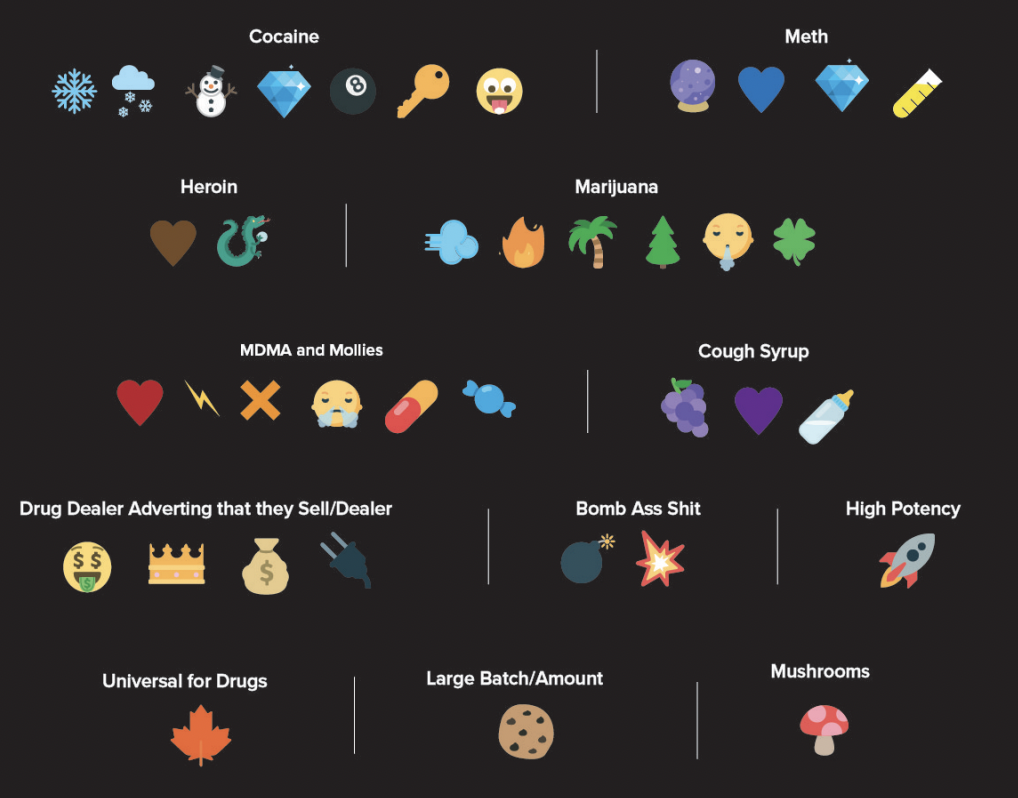 In any case, DEA says that its One Pill Can Kill Campaign “offers an opportunity for the media, parents, teachers, educators, and community organizations to raise awareness about counterfeit prescription drugs.”

“Do you know the meaning behind certain emojis? Emojis were originally designed to represent an emotion, event, or activity, but have recently taken on a language of their own,” the agency wrote. “Criminal organizations, including drug traffickers, have noticed and are using emojis to buy and sell counterfeit pills and other illicit drugs on social media and through e-commerce.”

DEA’s reference guide “is intended to give parents, caregivers and influencers a better sense of how this language is being used in conjunction with illegal drugs.”

DEA created this Emoji Drug Code Decoded fact sheet. This guide is intended to give better sense how emojis are being used in conjunction w/ illegal drugs. Pay attention to your teen/loved ones & don’t be afraid to have the conversation if you suspect drug abuse is occurring. pic.twitter.com/HuPnfnkcEx

It did acknowledge, however, that “this list is not all-inclusive” and emoji guide is “a representative sample.”

“Criminal drug networks are now front and center on social media, with us whenever our smart phones are,” she said. “Known emojis and code words are being widely used as signals online, in the online buying and selling of deadly drugs like fentanyl and fentanyl-laced fake pills. That means that these deadly drugs are reaching our communities faster, easier, and cheaper than ever before. They are just one click away.”

A powerpoint on the emoji data also included a slide on which social media platforms are most commonly used by criminal enterprises. Snapchat came in first, followed by Facebook Messenger, Instagram, Facebook, TikTok and YouTube. (The slide mistakenly swapped the logos for TikTok and YouTube, however.) 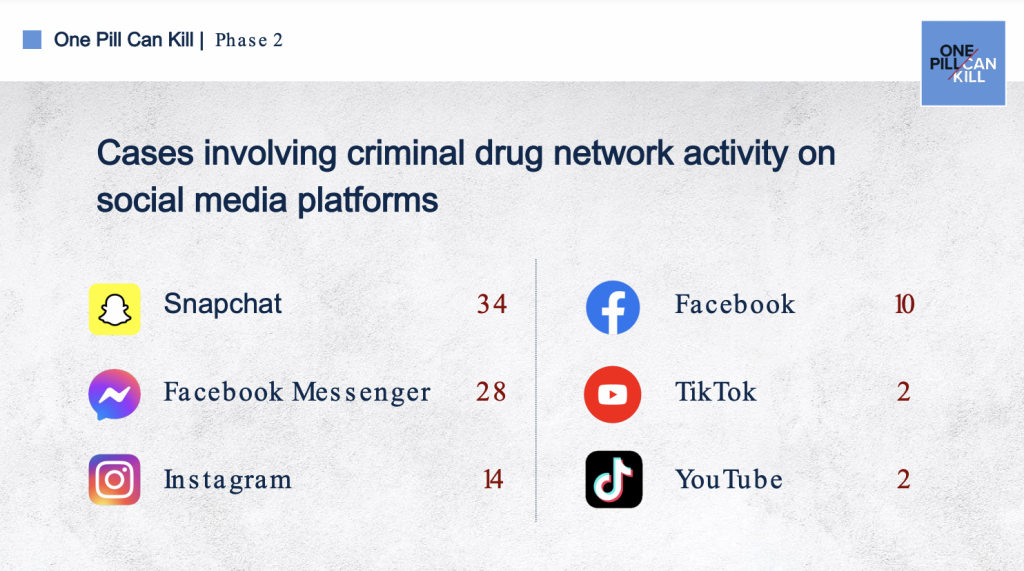 While the agency’s attempt to decode youth emoji trends has a certain cringe factor—how do you leave out 🍃 and 🌳 as shorthand for marijuana?—there is a counterfeit pill problem in the U.S. that’s contributed to record overdose deaths.

Notably, however, adolescent use of illicit drugs—from marijuana to OxyContin—“decreased significantly” in 2021, according to a federally funded survey released earlier this month.

“Emojis, on their own, should not be indicative of illegal activity, but coupled with a change in behavior; change in appearance; or significant loss/increase in income should be a reason to start an important conversation,” DEA said.

As the agency works to combat illicit drug trafficking, in part by deciphering emojis, it is also working to promote research into currently controlled substances like cannabis, psilocybin and MDMA.

For example, a representative said this month that DEA is in favor of a White House proposal to streamline the process of researching Schedule I drugs.

It has also repeatedly increased production goals for such substances in order to meet demand from researchers investigating their potential risks and benefits.

While these developments are promising, advocates are still frustrated that certain plants and fungi remain in the strictest drug category in the first place, especially considering the existing research that shows their medical value for certain conditions.

A federal appeals court recently dismissed a petition to require the DEA to reevaluate cannabis’s scheduling under the Controlled Substances Act. However, one judge did say in a concurring opinion that the agency may soon be forced to consider a policy change anyway based on a misinterpretation of the therapeutic value of marijuana.

Meanwhile, DEA has given hemp businesses that sell delta-8 THC products a boost, with representatives making comments recently signaling that, at the federal level at least, it’s not a controlled substance at this time.