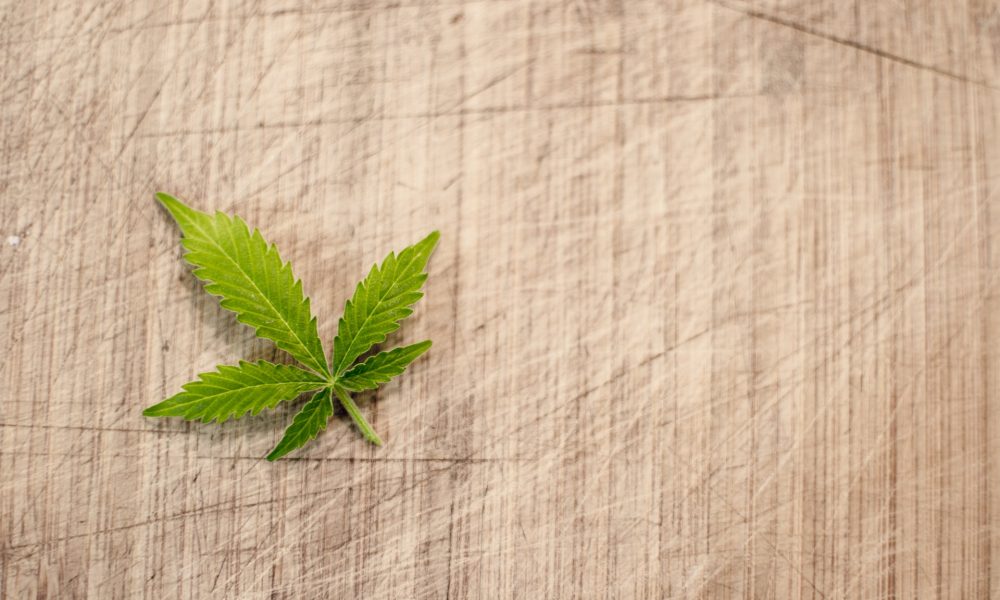 Maryland senators on Monday signaled that they may follow the House’s lead by putting the issue of marijuana legalization on the state’s November ballot and delay creating comprehensive regulations for the market until next year after voters make their decision.

Monday’s hearing before the Senate Finance Committee was a whirlwind. There were three marijuana reform bills on the agenda: two from Del. Luke Clippinger (D) that already passed the House and another from Sen. Brian Feldman (D).

But rather than tackle each proposal one-by-one, members discussed possible revisions to the Senate bill to more closely align it with one of Clippinger’s bills on setting preliminary rules if voters approve legalization at the ballot.

As drafted, Feldman’s SB 833 would have not only placed legalization on the ballot but also prescribed specific regulations for the would-be market, setting tax rates on marijuana products and creating licensing policies, for example.

In committee, that language was largely scrapped in a proposed revised version—replaced with most of the provisions of the House-passed HB 837, which largely focuses on topics such as penalties and expungements. With the changes, the modified Senate bill would leave it up to legislators to develop a more comprehensive regulatory framework if the other House bill, HB 1, is enacted and voters approve the resulting ballot referendum.

The newly proposed version of SB 833 would also incorporate provisions of other cannabis legislation that’s been introduced this session, such as the creation of a community reinvestment fund and the allowance of state tax deductions for certain cannabis-related expenses that marijuana businesses are barred from claiming under current federal tax code.

“The priority here is to get rid of mass incarceration of folks for non-violent small possessions of cannabis. That’s the priority with input from the voters of Maryland,” Feldman said at the hearing. “Beyond that, [the goal is to lay out] some foundation for for next year, tackling…more complicated issues dealing with licensing” and more.

As introduced, SB 833 would have both put legalization on the ballot and created regulations for the market if passed by voters. The ballot portion of the legislation was removed in the revised bill discussed in committee. If it advances with the changes, it appears that it would be incumbent on the legislature to also pass Clippinger’s HB 1 in order for those rules to take effect.

The Senate panel only briefly touched on HB 1, which would ask voters to approve an amendment to the state’s constitution to legalize cannabis use and possession by adults at least 21 years old. The committee is expected to hold further discussions and votes on the marijuana proposals on Tuesday.

As noted, Clippinger’s HB 837 was designed to set up initial rules for a legal marijuana market if voters approve the policy change. It was discussed in the Senate Finance Committee last week along with HB 1.

Much of the language from HB 837 appears positioned to be incorporated into SB 833, according to the discussion draft shared with Marijuana Moment.

Advocates have taken issue with that drawn-out timeline. It was one of several asks that they’ve made to the body, only some of which were incorporated in the proposed revision of SB 833. Activists also wanted lawmakers to include a provision preventing police from using the odor of marijuana alone as the basis for a search, for example, and that wasn’t included.

Another potential problem that advocates have identified is the proposed allocation of equity funds. The version discussed in committee would provide that certain funding for jurisdictions with the most cannabis arrests; and while black people are more likely to face criminalization over cannabis on average, some of the counties in Maryland where marijuana arrests have been most common are mostly white, potentially undermining the intent of the reform provision.

“We’re encouraged by the Senate Finance committee’s work to ensure cannabis legalization crosses the finish line this year,” Olivia Naugle, a legislative analyst with the Marijuana Policy Project, told Marijuana Moment. “We’ve advocated strongly all session that in order to further reduce police interactions and citations, the companion legislation should legalize possession and home cultivation immediately when the election is certified without delay.”

“Explicitly including that the odor of cannabis alone cannot be grounds for a search is also essential to further reduce police interactions for cannabis,” she said. “We hope the committee will consider these recommendations in a final product.”

Clippinger and other lawmakers had indicated that they wanted to tackle comprehensive regulations for an adult-use marijuana market next year after voters weigh in on the issue at the ballot, but certain senators, including Senate President Bill Ferguson (D), have expressed skepticism.

Ferguson said last year that he favored legalizing cannabis through the legislature rather than waiting to ask voters on November’s ballot. This month, however, he expressed openness to the referendum idea, but stressed that voters deserve to know more details of what a legal cannabis market would look like than is provided in the House bills.

As introduced, Feldman’s 83-page bill would have allowed home cultivation of up to four plants per adult, with a maximum of eight plants per residence. It would have also packaged the constitutional amendment and basic regulatory framework in a single piece of legislation, unlike Clippinger’s bifurcated package.

The senator’s bill as filed was considered at a Finance Committee hearing earlier this month, along with a separate Senate measure, SB 692, from Sen. Jill Carter (D).

More than two dozen advocacy groups—including ACLU of Maryland, NAACP Maryland State Conference, League of Women Voters of Maryland and Maryland Office of the Public Defender—sent a letter to Maryland legislative leaders this month demanding that racial and socioeconomic equity be placed at the forefront of any attempts to legalize marijuana in the state.

Read the text of the discussion draft of the Senate marijuana bill that the committee discussed below:

Read More
NNews
An official with the U.S. Department of Veterans Affairs (VA) told Congress on Thursday that the government is…

Read More
NNews
For years, Democratic lawmakers have mostly led the charge in pushing for marijuana legalization—but that seems to be…