Colorado activists have made a decision: of the four psychedelics reform ballot initiatives that they drafted and filed for the November ballot, they will proceed with a measure to legalize psilocybin, create licensed “healing centers” where people can use the psychedelic for therapeutic purposes and provide a pathway for record sealing for prior convictions.

The proposal would also eventually allow regulators to decide whether to legalize DMT, ibogaine and mescaline.

The New Approach PAC-backed campaign went into this election season with several options. Colorado officials have given tentative approval to the ballot language of four psychedelics reform measures that they submitted—all titled the Natural Medicine Health Act—but it was always the plan to pursue only one version. Now they’ve requested permission from the state to start signature gathering for Initiative 58.

The campaign conducted internal polls on the differing provisions between the proposals to help inform their decision, and evidently advocates are confident that the public will back the measure if it ultimately makes the ballot.

Kevin Matthews, the campaign manager behind Denver’s historic 2019 vote to locally decriminalize psilocybin, and Veronica Perez are the designated representatives of these measures.

Matthews told Marijuana Moment that the campaign “chose Initiative 58 because it is our most comprehensive policy and it ensures that all Coloradans will have the option to access natural medicines in the way that makes sense for them.”

“We’re thrilled to hit the ground running in the next few weeks to engage voters and begin collecting signatures to appear on the ballot in November,” he said.

Rick Ridder of RBI Strategies, a spokesperson for the campaign, said that the initiative, once enacted, will help address widespread mental health issues.

“Many of us are, or know someone who is, struggling with depression, trauma, addiction, anxiety or other mental health issues. And during the pandemic, mental health challenges have only gotten worse,” he said.

“The Natural Medicine Health Act would create a state-regulated system for safe and supported access to natural medicine like psilocybin mushrooms,” he said. “Under the Act, adults 21 and older could access natural medicines that show promise in improving mental wellness while under the guidance of a licensed and trained facilitator at licensed healing centers, in the comfort and safety of their own home or in approved health care locations like palliative care facilities.”

While four psychedelics reform initiatives from the campaign were in play, advocates have already pulled the first two and plan to withdraw the third, No. 59, which shared most of the provisions included in No. 58.

Both 58 and 59 call for a two-tiered regulatory model, where only psilocybin would be legalized and regulated for therapeutic use until June 2026, after which point regulators could expand the policy change to include other psychedelics that are listed in the proposal.

The decision to add additional psychedelics to the program would be made by the Department of Regulatory Agencies in consultation with a Natural Medicine Advisory Board that would be established. The board would be comprised of 15 members, including people who have experience with psychedelic medicine in a scientific and religious context.

The key difference between the two is that one contains a component specifically authorizing people to petition courts for record sealing for past convictions that would be made legal under the proposal.

The group chose that initiative and is eager to begin signature gathering to try to qualify for the November ballot.

Under the proposal, the Department of Regulatory Agencies would be responsible for developing rules for a therapeutic psychedelics program where adults 21 and older could visit a licensed “healing center” to receive treatment under the guidance of a trained facilitator.

With respect to the initial two reform proposals that New Approach submitted before making the decision to pull them—Nos. 49 and 50—one would have legalized a wide range of entheogenic substances including DMT, ibogaine and mescaline, as well as establish a regulatory model for psychedelics therapy. The other would have initially enacted the reform for psilocybin and psilocin alone.

But recognizing that regulators would have been faced with an onerous task to set up rules for multiple psychedelics, they chose to revise them to create the two-tiered regulatory model with initial legalization of psilocybin alone while leaving it to regulators to potentially add more substances later.

There’s another complication in the push for statewide psychedelics reform in Colorado. A separate campaign headed by Decriminalize Nature Colorado, which has taken issue with the regulations prescribed in the New Approach-backed measures, filed a competing initiative in January that is also making its way through the process of being able to collect signatures.

Decriminalize Nature Colorado’s Nicole Foerster told Marijuana Moment that their group’s “initiative to decriminalize entheogenic plants and fungi in Colorado has made it through both the review/comment and title board hearings and is on track to begin petitioning this month.”

That one-page measure would allow adults 21 and older to possess, cultivate, gift and deliver psilocybin, psilocyn, ibogaine, mescaline and DMT.

Further, the measure says that it would be lawful to conduct psychedelics services for guidance, therapy and harm reduction and spiritual purposes with or without accepting payment. It would not be legal to sell any of the psychedelics, however.

Foerster said that the group believes “it is too soon to prioritize” setting up an infrastructure for regulated therapeutic access as in the New Approach reform proposal “without first ensuring full decriminalization has been achieved.”

Asked to share their thoughts about apparent advocacy “infighting” over the proper route for psychedelics reform, Foerster argued that the term is misrepresentative “because it does not take into account the true power dynamics at play when out of state corporate interest seeks to dictate policy to local movements.”

In general, the Colorado ballot initiatives seek to accomplish something similar to what California activists are also actively pursuing with a proposed ballot initiative to legalize psilocybin mushrooms.

Meanwhile, legislative efforts to enact psychedelics reform are also underway in other states across the country.

For example, a Connecticut legislative committee on Monday discussed a bill that would set the state up to provide certain patients with access to psychedelic-assisted treatment with substances like MDMA and psilocybin. Former top military officials, advocates and scientists testified in favor of the proposal. 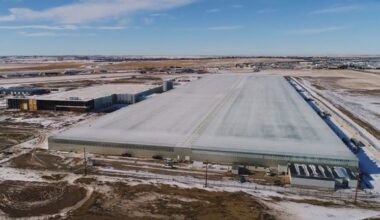 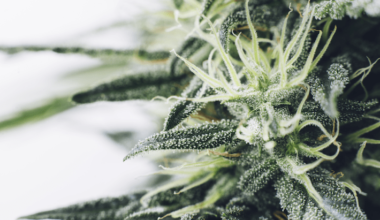 Read More
NNews
Spearheaded by NORML Appalachia of Ohio and the Sensible Movement Coalition, advocates have gathered the necessary number of…