About a week after the state attorney general certified the latest version of the reform petition, the Ohio Ballot Board on Monday determined that the measure meets single subject requirements, clearing advocates to start signature gathering.

The Coalition to Regulate Marijuana Like Alcohol (CTRMLA) launched its ballot effort last month. And the recent attorney general certification came after his office rejected summary language of an earlier version.

“We’re happy with today’s outcome and believe the ballot board made the right call on this one,” CTRMLA spokesperson Tom Haren said in a press release. “We look forward to beginning the signature collection process and working with our state legislators to create a safe, legal, and highly regulated cannabis market in Ohio.”

The new initiative is a statutory proposal. If supporters collect 132,887 valid signatures from registered voters, the legislature will then have four months to adopt the measure, reject it or adopt and amended version. If lawmakers do not pass the proposal, organizers will then need to collect an additional 132,887 signatures to place the proposal before voters on the ballot in 2022.

Petitioners must first collect an initial batch of signatures that amount to three percent of the votes cast in the last gubernatorial election in order to put the issue to the legislature. Those signatures need to come from at least 44 of the state’s 88 counties.

Further, “for each of those counties, the number must equal at least 1.5 percent of the vote cast in the last gubernatorial election,” the attorney general’s office said. And the signatures must be submitted no later than 10 days before the start of a legislative session.

Read More
NNews
The number of banks and credit unions reporting that they work with marijuana businesses ticked up last quarter,… 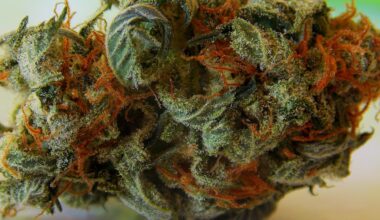