By Robert Davis, The Center Square

Marijuana sales in Colorado continued a downward trend in February totaling $145 million, according to the state’s latest market data.

So far this calendar year, $296 million of marijuana has been sold in the state, bringing total sales to more than $12.5 billion since legalization in 2014.

According to CDOR’s data, retail marijuana sales totaled more than $124 million in February while medical marijuana brought in another $20 million. 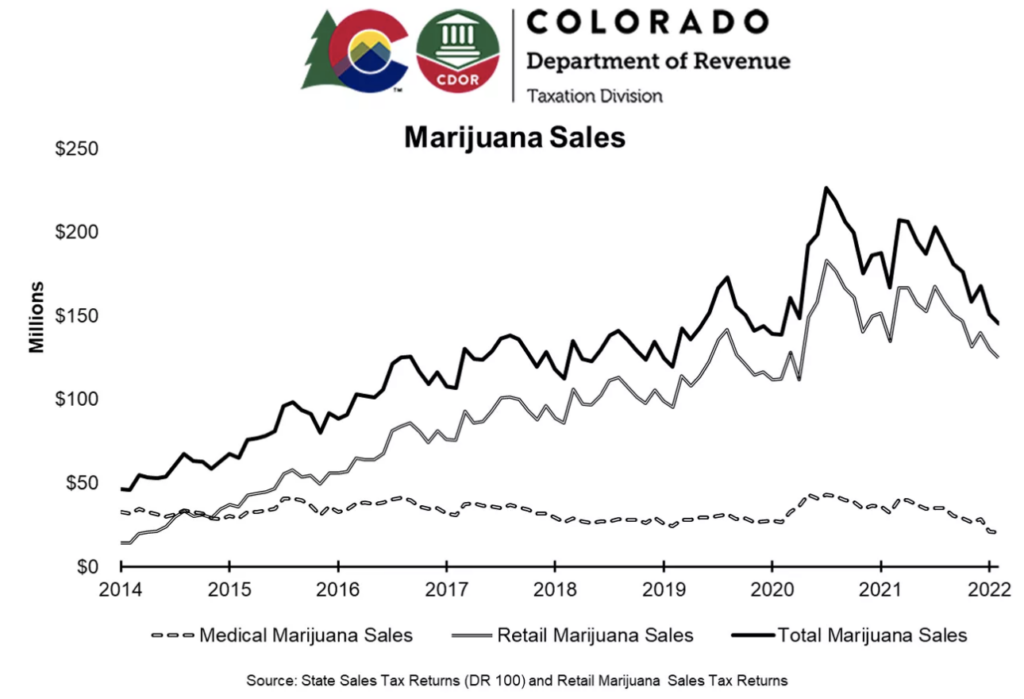 Denver County accounted for nearly $32 million of the retail sales total, making it the highest grossing county for retail sales in the state. Arapahoe and Adams counties rounded out the top three counties for marijuana sales, bringing in $13 million and $10 million, respectively.

Colorado also collected more than $27.8 million in taxes from its marijuana sales in March, CDOR data shows. Sales tax figures are often posted a month ahead of sales data because taxes are accounted for in Colorado’s accounting system whereas sales figures are reported by individual counties each month.

The state distributes tax revenue from marijuana sales to multiple stakeholders, some of which include local governments, public schools and law enforcement agencies.