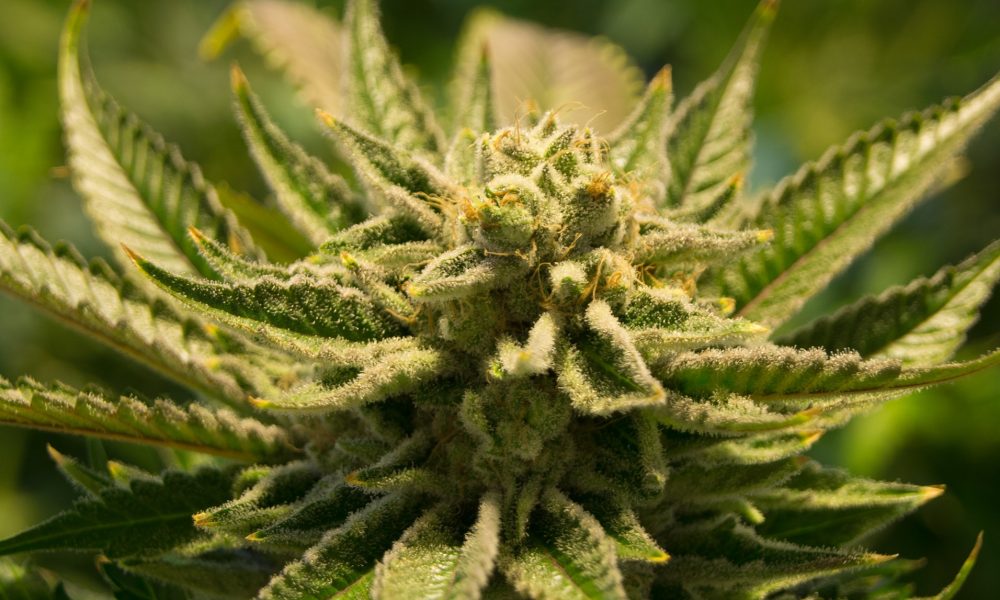 The Department of Justice filed a motion to dismiss Florida Agriculture Commissioner Nikki Fried’s lawsuit that seeks to protect medical marijuana patients’ gun rights, arguing it is too “dangerous to trust” cannabis consumers with firearms.

Colorado psychedelics activists said it’s unlikely their legalization initiative will make the ballot as an alternative to another measure that has already qualified and which they plan to raise concerns about as November approaches.

Newly sworn-in Colombian President Gustavo Petro called for an end to the international war on drugs during his inaugural address—generating praise from a top U.S. congressman.

Voters in cities and counties across Wisconsin will see nonbinding marijuana legalization advisory referendums on their local ballots in November. The results won’t immediately change cannabis policy, but they could send a message to state lawmakers.

A federal judge upheld a U.S. Citizenship and Immigration Services decision to block permanent resident status from a Russian citizen because he helped to install and maintain a security camera system for a cannabis grower.

Sen. Bob Casey (D-PA) said the Biden administration should give a “wrongfully detained” designation to American Marc Fogel, who is serving a prison sentence in Russia for possessing medical cannabis.

Florida Democratic gubernatorial candidate Nikki Fried, currently the agriculture commissioner, tweeted, “As Commissioner of Agriculture, by getting democrats and republicans to work together, I created Florida’s hemp program, generating more than $300M in tax revenue.”

Illinois’s lieutenant governor tweeted, “When we legalized recreational cannabis, we made a promise to reinvest the revenues in the communities hit the hardest by the failed war on drugs in every corner of our state. That’s what justice and accountability are all about.”

A Minnesota representative spoke about a new THC edibles law she championed into enactment.

The Texas Department of Agriculture tweeted about National CBD Day.

Maine regulators launched a portal where municipalities can submit requests to be reimbursed up to $20,000 for costs associated with allowing recreational marijuana businesses.

Washington State regulators are awarding a contract to a vendor who can “provide a detailed and auditable process of selecting potential cannabis licensees to participate in the Social Equity license lottery.”

West Virginia regulators published an overview of the size of the medical cannabis program.

Vermont regulators will host roundtable discussions about the medical cannabis program on Wednesday and Thursday.

The Arkansas Medical Marijuana Commission will meet on Thursday.

Boston, Massachusetts’s Cannabis Board will meet on Wednesday.

The Canadian government is on track to spend nearly C$200 million this year to reimburse military veterans for medical cannabis.

A study suggested that “active cannabis users hospitalized with COVID-19 had better clinical outcomes compared with non-users, including decreased need for ICU admission or mechanical ventilation.”

The Kentucky Democratic Party criticized the state’s agriculture commissioner, saying, “Ryan Quarles just spoke at Fancy Farm! At Fancy Farm 2019, he said he was ‘making hemp great again.’ Since then, hemp has crashed under Quarles, with bankruptcies, layoffs and losses for KY hemp farmers who’ve spoken out about Quarles’s broken promises.”

Jushi Holdings, Inc. settled a lawsuit it filed against Curaleaf Holdings, Inc. and Jushi’s former CFO over an alleged breach of an employment agreement and claimed tortious interference.

Read More
NNews
Nevada saw two significant marijuana policy developments on Wednesday, with a judge ruling that the Board of Pharmacy’s…

Read More
NNews
The gap between federal and state marijuana policies continues to widen and shows no signs of stopping, congressional…

Read More
NNews
An organization representing mayors from across the U.S. adopted a resolution imploring Congress to pass a bill to…