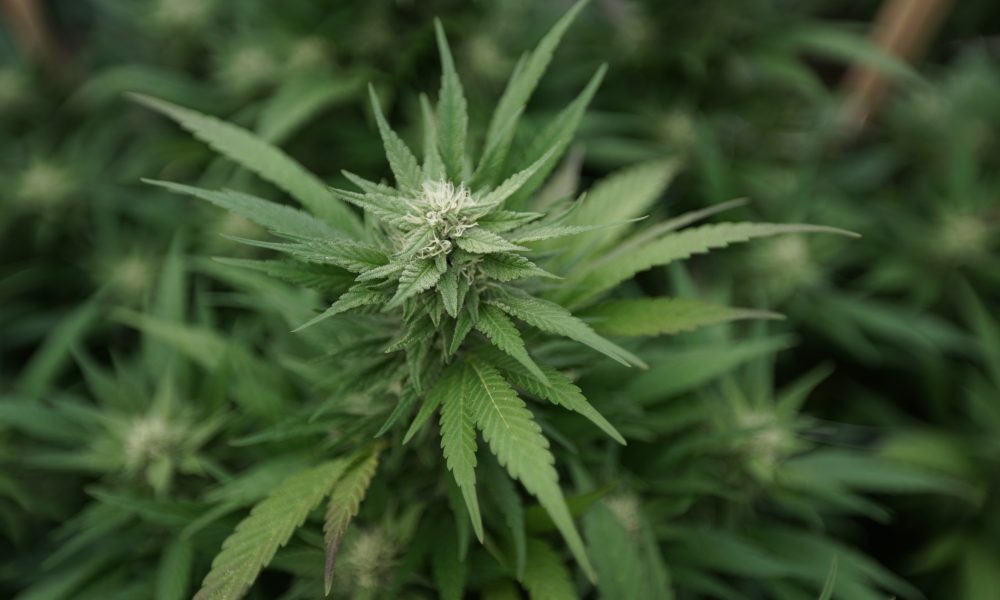 President Joe Biden began commuting the sentences of people who have served time in federal prison for marijuana and other drug offenses. The clemency for 75 people falls short of the mass cannabis pardons he promised on the campaign trail, but advocates see it as a first step.

Attorney General Merrick Garland reiterated during a Senate hearing that prosecuting marijuana possession is not “an efficient use of the resources given the opioid and methamphetamine epidemic”—but didn’t directly answer a question on reinstating federal cannabis guidance that was rescinded during the Trump administration.

Kansas House and Senate leaders appointed lawmakers to a bicameral conference committee to hammer out the details of a medical cannabis bill that activists now believe could pass as soon as this week.

Reps. Donald Norcross (D-NJ) and Mark Pocan (D-WI) hosted a roundtable on labor union organizing in the cannabis industry. They spoke to Marijuana Moment about the importance of the push in advance of the event.

Washington State activists are preparing to launch a signature gathering drive to place a drug decriminalization initiative on the November ballot after a revised version of their measure survived a legal challenge.

Activists in Denton, Texas announced they believe they have enough signatures to qualify a marijuana decriminalization measure for the local November ballot. The news comes as Austin is doing early voting on a similar cannabis measure for next month’s election.

The Substance Abuse and Mental Health Services Administration’s Drug Testing Advisory Board will hear a presentation on employment drug testing for marijuana on June 21.

Senate Majority Leader Chuck Schumer (D-NY) tweeted, “NEWS: @POTUS has taken action to grant clemency for dozens of people with federal cannabis and drug convictions. In the Senate, we will continue the work to end the federal prohibition on cannabis and undo the harms caused by the War on Drugs.”

Sen. Cory Booker (D-NJ) tweeted, “I applaud @POTUS on commuting the sentences of 75 people for nonviolent, drug-related convictions. This is a step in the right direction to end the war on drugs. We must keep fighting to deliver justice to all those who have been impacted.”

Rep. Dave Joyce (R-OH) tweeted that while President Joe Biden’s acts of clemency “signals a shift in the right direction, 14+ million Americans continue to suffer from cannabis-related convictions at the state/local level. That’s why I introduced the #HOPEAct with @RepAOC to provide millions with a true second chance to achieve their American dream.”

Rep. Bonnie Watson Coleman (D-NJ) tweeted, “I thank @POTUS for taking this step toward repairing the damage that the failed ‘War on Drugs’ has done to our country, especially our most vulnerable communities.”

Rep. Nikema Williams (D-GA) tweeted, “This is the right move by @POTUS. That the vast majority are nonviolent drug offenses says one thing loud and clear: we must do more to remedy the injustices of the failed war on drugs.”

Rep. Eleanor Homes Norton (D-DC) expressed disappointment with the Biden administration’s moves on marijuana in a speech at the National Cannabis Festival.

Rep. Ed Perlmutter (D-CO) tweeted, “State-legal businesses and their employees are put at risk everyday. We need the #SAFEBankingAct to get cash off our streets and help protect our communities.”

Pennsylvania’s agriculture secretary spoke at a statewide hemp summit, highlighting how the state is investing in strengthening the industry.

The Connecticut House of Representatives approved a bill to limit marijuana “gifting.”

The Tennessee House of Representatives approved a bill to add quadriplegia as a qualifying condition for medical cannabis oil.

Washington State regulators will host a discussion on evaluating THC compounds on Wednesday.

Seattle, Washington’s mayor tweeted, “Every small business deserves security and stability, and every employee deserves to be safe at their place of work. CM @Lisa_Herbold and I agree – we need federal action now to pass the #SAFEBankingAct and improve safety for retail cannabis stores and their workers.”

Thailand’s Food and Drug Administration has received 4,700 applications for licenses to import, possess, and cultivate cannabis.

The Canadian government is accepting applications to fund research on psilocybin-assisted psychotherapy.

A study concluded that “hemp extract, thanks to its antioxidant properties, increased the activities of key antioxidant enzymes that protect the bee’s organisms against free radicals and thus delay the aging processes.”

The Kentucky Democratic Party tweeted, “Why legalize medical cannabis in Kentucky? ⚕️ Research shows it’s effective at treating chronic pain, PTSD and other debilitating conditions 💊 It can be a pain relief alternative to opioids, which are highly addictive 📊 90% of Kentuckians support it”

The Alabama Democratic Party tweeted, “Legalization will face tough opposition but with enough grassroots support, we can get closer to our goal of legalizing recreational cannabis.”

The American Bankers Association tweeted, “The #SAFEBanking Act will help stop the public safety issues that result from the conflict between state and federal law when it comes to banking cannabis. ABA urges the Senate to pass this bipartisan, commonsense legislation.”

Akerna reported that cannabis sales on 4/20 broke all previous records, with a total of $154.4 million in adult-use and medical sales.

Jaleel White said he was inspired to get into the cannabis industry when he saw Leonardo DiCaprio hitting a vape pen at the Golden Globes.

How To Find The Best Cannabis Dispensary in LA

Read More
NNews
If Ohio is going to legalize marijuana this year, it’s probably going to need to happen at the…