The Biden administration’s treasury secretary says it is “extremely frustrating” that Congress has yet to enact marijuana banking reform legislation, adding that the department is “supportive” of the bipartisan Secure and Fair Enforcement (SAFE) Banking Act.

Rep. Ed Perlmutter (D-CO), the sponsor of that bill, raised the issue with Treasury Secretary Janet Yellen during a hearing of the House Financial Services Committee on Wednesday. He brought up the spike in violent crime targeting cannabis businesses and workers in legal states and asked to get her “sentiment on this subject.”

“We have talked about it for a very long time, and I agree with you: It’s an important issue—and it’s an extremely frustrating one that we haven’t been able to resolve it,” she said, adding that she appreciates the congressman’s leadership on the topic.

“We’ve worked with you on this bill,” the secretary said. “We’re supportive of it.”

“As you know, there is a conflict between state and national law. Banks trapped in the middle of that. And some legislative solution, I think, is necessary to move this forward,” Yellen said. “I share your frustration that we haven’t been able to make progress. I think it does really require congressional action.”

The SAFE Banking Act has passed the House six times in some form, but it’s persistently stalled in the Senate under both Democratic and Republican control.

People are still getting killed and robbed and Congress has a responsibility to solve this problem.

While the bill would help resolve certain financial challenges that state-legal cannabis businesses face under federal prohibition, Perlmutter and state officials have stressed that this is a public safety issue that demands urgent action, especially amid recent crime surges targeting the cash-intensive businesses.

The congressman asked Yellen to “impress upon the administration the need” to pass the reform legislation either as part of the America COMPETES Act—large-scale manufacturing and innovation legislation to which it was attached in the House and which is now pending consideration by a bicameral conference committee—or as a standalone bill “so that nobody else dies because there’s so much cash” in the state markets.

“We would like to see that happen,” Yellen replied.

Washington State Treasurer Mike Pellicciotti (D) has been especially vocal about the need for congressional reform, and he wrote in a recent letter to his colleagues that it’s “just not safe to have this financial volume in cash.”

Pellicciotti made similar remarks at a recent conference of the National Association of State Treasurers (NAST). And Colorado Treasurer Dave Young echoed that sentiment in a recent interview with Marijuana Moment.

Meanwhile, a Pennsylvania Senate committee approved a bipartisan bill late last month to safeguard banks and insurers against being penalized by state regulators for working with state-legal medical marijuana businesses as congressional reform continues to stall.

Perlmutter, for his part, has reiterated his committment to getting something done before his retirement at the end of this session. He’s even made a point to talk about enacting the reform legislation during committee hearings on ostensibly unrelated or wider-ranging legislation, like at a recent House Rules Committee hearing.

But he’s taken pains to build support, including from current Senate leadership that has insisted on enacting comprehensive legalization with firm equity provisions in place before advancing a bill viewed as friendly to the industry.

In the interim, federal financial regulator Rodney Hood—a board member and former chairman of the federal National Credit Union Administration (NCUA)—recently said that marijuana legalization is not a question of “if” but “when,” and he’s again offering advice on how to navigate the federal-state conflict that has left many banks reluctant to work with cannabis businesses. 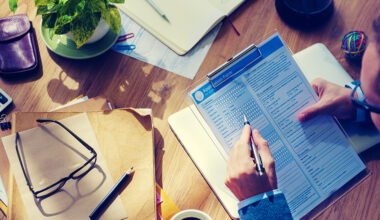