Arkansas activists say that they’ve collected more than double the required signatures to place a marijuana legalization initiative on the November ballot, with plans to submit the petitions to the state on the turn-in deadline on Friday.

Responsible Growth Arkansas is seeking to place the issue on the ballot as a constitutional amendment that would allow adults 21 and older to purchase and possess up to an ounce of cannabis. Home cultivation would not be permitted, and the measure does not contain provisions to expunge past records or provide for social equity opportunities in the industry that are favored by reform advocates.

A spokesperson for the campaign, Steve Lancaster, told KFSM-TV that advocates plan to “turn in 200,000 signatures of Arkansans.” That would far exceeded the 89,151 valid signatures that are required to qualify for the ballot.

The secretary of state’s office will be responsible for verifying the signatures once they’re submitted. In the event that the campaign falls short but turns in at least 75 percent of the valid signatures, it would be given an additional 30 days to make up the difference.

Responsible Growth Arkansas is just one of several campaigns that have pursued cannabis reform through the ballot this year, though competing initiatives have since acknowledged they won’t be able to collect enough signatures to qualify this year.

The competing initiatives from True Grass and Arkansans for Marijuana Reform would have similarly legalized recreational cannabis in the state, but they also contained home grow provisions to let adults cultivate limited numbers of plants for personal use.

“The thing that really sets us apart from the others is we understand that this is a product that needs to be regulated by the state,” Responsible Growth Arkansas’s Lancaster argued.

Oklahoma activists said on Tuesday that they’ve submitted what they believe to be more than enough signatures to qualify a marijuana legalization initiative for the November ballot.

In May, South Dakota officials certified that activists turned in a sufficient number of signatures earlier this month to qualify a marijuana legalization measure for the November ballot.

Nebraska advocates plan to turn in signatures for a pair of medical cannabis legalization initiatives on Thursday, which is the submission deadline. The campaign has faced several challenges along the way, including the loss of critical funding after a key donor passed.

Colorado activists announced last week that they have submitted what they believe to be more than enough signatures to place a measure on the state’s ballot that would legalize psychedelics and create licensed psilocybin “healing centers” where people can use the substance for therapeutic purposes. A competing psychedelic reform campaign is still gathering signatures for a competing, more simplified measure.

Michigan activists announced last month that they will no longer be pursuing a statewide psychedelics legalization ballot initiative for this year’s election and will instead focus on qualifying the measure to go before voters in 2024.

The campaign behind an effort to decriminalize drugs and expand treatment and recovery services in Washington State said that last month that it has halted its push to qualify an initiative for November’s ballot. 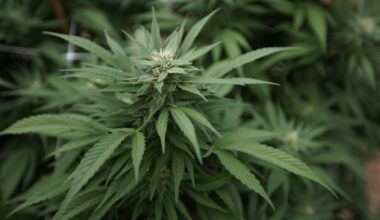 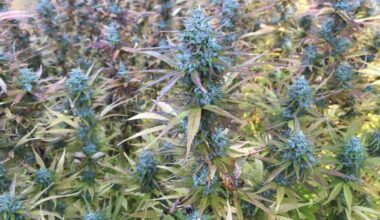 Read More
NNews
“Appellants have failed to demonstrate that those regulations are arbitrary or capricious, or that they lack a rational…