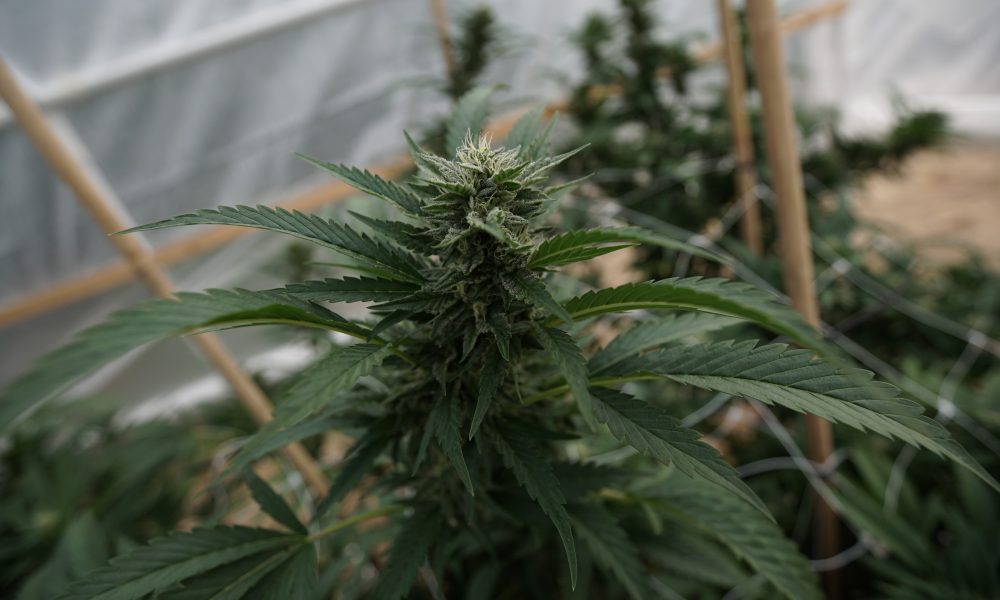 National Center for Complementary and Integrative Health Director Helene Langevin said marijuana research is “fraught with hurdles”—including its Schedule I status—that need to be addressed in order to unlock studies on areas such as how cannabinoids can serve as “safer tools” than opioids in managing pain.

The Missouri House Interim Committee on Veterans Mental Health and Suicide heard testimony about the therapeutic potential of psychedelics as a Republican lawmaker plans to soon pre-file a reform bill for the upcoming session.
A new study upends “stoner” stereotypes, finding that frequent marijuana use “is not associated with apathy [or] effort-based decision-making” and that cannabis consumers experience more pleasure than those who abstain.

Former President Donald Trump said Pennsylvania Democratic Senate candidate John Fetterman, currently the lieutenant governor, dresses “like a teenager getting high in his parents’ basement” and said he “supports taxpayer-funded drug dens and the complete decriminalization of illegal drugs, including heroin, cocaine, crystal meth and ultra-lethal fentanyl—and by the way he takes them himself.” He also called on lawmakers to institute the death penalty for people who sell illegal drugs. Fetterman responded to the rally, at which his Republican rival Mehmet Oz also spoke, by saying, “More and more lies from Trump and Dr. Oz; another day, but it’s the same crap from these two desperate and sad dudes.”

The National Institute on Drug Abuse posted an FAQ about its proposal to establish a medical cannabis use registry.

Sen. Charles Grassley (R-IA) said he is “in support of medical marijuana, but not on a ‘willy-nilly’ basis.”

Rep. Ro Khanna (D-CA) tweeted, “It’s past time to legalize marijuana and expunge all prior offenses for use.”

Pennsylvania House Democrats tweeted about a new marijuana pardon program, saying, “A small mistake in your past shouldn’t define your future, especially when it comes to an offense that wouldn’t be an offense in so many states now.” Senate Democrats and the Legislative Black Caucus also promoted the effort.

A North Dakota representative said that while she opposes a marijuana legalization initiative on the November ballot, she will respect the will of the voters if they approve it.

A Tennessee senator said she will continue to work to pass medical cannabis legislation.

A New York senator spoke about the state’s first round of marijuana dispensary license applications.

Massachusetts’s new top marijuana regulator previously consulted for cannabis companies, including being listed as a partner and manager in one—which was not initially publicly disclosed in the announcement about her being selected for the state role.

Montana regulators published an annual report finding that there were no complaints or disciplinary actions involving physicians for issuing medical cannabis recommendations in the past year.

Michigan regulators posted data showing the continued reduction in the number of registered medical cannabis patients in the state.

Nevada regulators are being pressed to reconsider how they calculate cannabis tax rates.

New York City’s Administration for Children’s Services is reportedly still using marijuana as a basis for removing parental custody despite a prohibition on doing that in the state’s legalization law.

Former New Zealand Prime Minister Helen Clark’s foundation issued a report calling for a new health-focused approach to methamphetamine. Clark also authored an op-ed on the issue. The country’s acting health minister replied by arguing that the government already has a health-based approach to drugs.

The police official who wrote London, England’s drug strategy is being accused of smoking marijuana on a daily basis.

A video of a man claiming that he smoked marijuana with a Nigerian presidential candidate’s spokesperson is going viral in the country.

A study found “associations between CBD use and improvements in patient’s arthritis symptoms and reductions in other medications.”

A study revealed “evidence for the therapeutic efficacy of CBD oil and CBG oil, where both oils ameliorate pain and inflammation, and improve gait and locomotor activity in [osteoarthritis] mice, representing clinical pain and function.”

Oklahoma Democratic and Republican Party leaders all said that having a marijuana legalization initiative on the November ballot would likely help Democratic candidates.

The AFL-CIO’s president included the cannabis industry in a list of sectors where labor organizers are seeing gains, noting, however, that she often hears “a little snicker” when she mentions it.

A National Labor Relations Board hearing officer found that Amazon “failed to establish” that union organizers at a Staten Island, New York facility improperly gave out marijuana to win support from workers.

Innovative Industrial Properties, Inc. acquired a property in Webster, Massachusetts and entered into a lease agreement for it with a subsidiary of Curaleaf Holdings, Inc.

Weedmaps published a white paper on labor union organizing in the cannabis industry.

What Is CBD & How Does It Help Fishermen With Pain