With less than two months before Colorado voters decide on a historic ballot initiative to legalize psychedelics for adults, a coalition of activists in Aspen is collecting signatures for a local measure to decriminalize entheogenic substances like psilocybin, ayahuasca and ibogaine.

The Right to Heal initiative is the brainchild of a working group that was formed last year after the Aspen City Council met to discuss possible psychedelics reform before ultimately deciding that more research was needed.

While local lawmakers declined to take action, advocates drew lessons from other cities across the U.S. that have decriminalized psychedelics and created their own ballot measure that was certified for signature gathering earlier this year. Now they need to submit at least 925 valid signatures from registered voters by October 8 to qualify for the city’s March 2023 election, unless a special election is called before then.

Under the proposal, the possession or therapeutic use of natural plant medicine—including ayahuasca, ibogaine, DMT, mescaline, psilocybin and psilocin—by adults 21 and older would be made among the city’s lowest law enforcement priorities.

With certain exceptions, “no department, agency, board, commission, officer or employee of the city shall use any city resources to assist in the enforcement of laws imposing criminal penalties for the personal use and personal possession of plant medicines by adults,” the initiative says.

The text of the measure also expresses support for broader reform at the state level.

“The people of Aspen call upon the State of Colorado to cease enforcement and prosecution of any laws imposing criminal penalties for the therapeutic use of plant medicines by adults or for related paraphernalia as those terms are defined herein,” it says.

Additionally, the measure would create an advisory board intended to promote education about psychedelics, promote best practices for law enforcement and develop a report within six months that details “their findings and recommendations” the lawmakers.

Afterward, “the advisory committee shall study and track the outcomes of this article and shall publish its findings and recommendations every twelve (12) months.”

Martha Hammel, who is part of the Aspen coalition that’s pushing for this initiative, told Marijuana Moment in a phone interview on Monday that, if the statewide psychedelics legalization measure passes at the ballot in November, that would make their local reform “less necessary”—but she said she hopes voters approve the broader policy change.

But in the interim, she views the local work as complementary to the statewide push, emphasizing that the education that will go into the Aspen campaign will both raise attention to the statewide proposal and help better prepare the city for the further reaching policy change if it’s enacted.

Hammel didn’t say how many signatures they’ve collected for the Aspen initiative since being certified back in April, but she offered that she has “no doubt that we will be able to get all of our signature by October 8.” As The Aspen Times noted, ballot campaigns typically aim to collect more signatures than are needed because some will inevitably be dismissed as invalid.

This local effort is the latest iteration of a psychedelics reform movement that started in earnest in Denver in 2019, when voters approved a first-of-its-kind psilocybin decriminalization ballot measure.

The campaign manager of that initiative is also spearheading the statewide legalization initiative, titled the “Natural Medicine Health Act.”  The measure would legalize possession of certain psychedelics, establish a therapeutic model for supervised psilocybin treatment and provide a pathway for record sealing for prior convictions.

A separate campaign that took issue with some of the prescribed regulations in the certified measure conceded earlier this month that their competing proposal was unlikely to succeed following a signature drive. The state later confirmed that the activists fell short of qualifying for ballot placement this month.

Here’s the state of play for other 2022 drug policy ballot initiatives across the country:

In North Dakota, voters will have the chance to decide on marijuana legalization at the ballot this November, the secretary of state’s office confirmed. Legalization will also appear on the ballot in neighboring South Dakota.

Last week, Oklahoma officials certified that activists have collected enough valid signatures to place a marijuana legalization initiative before voters. But the measure may not end up on this November’s ballot as planned, because there are still additional formalities the proposal needs to go through as state deadlines to print voting materials approach.

Nebraska lawmakers and advocates are considering new paths forward for marijuana reform—including pursuing recreational legalization on the 2024 ballot or convening a special legislative session to pass medical cannabis in the interim—after state officials announced that a medically focused reform campaign had come up short on signatures to put their measures before voters this year. Officials have since said that they will be conducting another review of the signatures for the Nebraska measures.

Arkansas Marijuana Campaign Says A Vote For Legalization At The Ballot Is A Vote 'To Support Our Police,' In New Ad 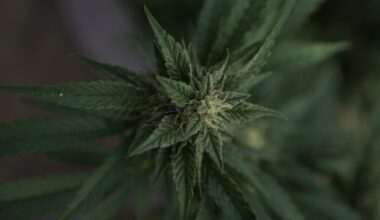 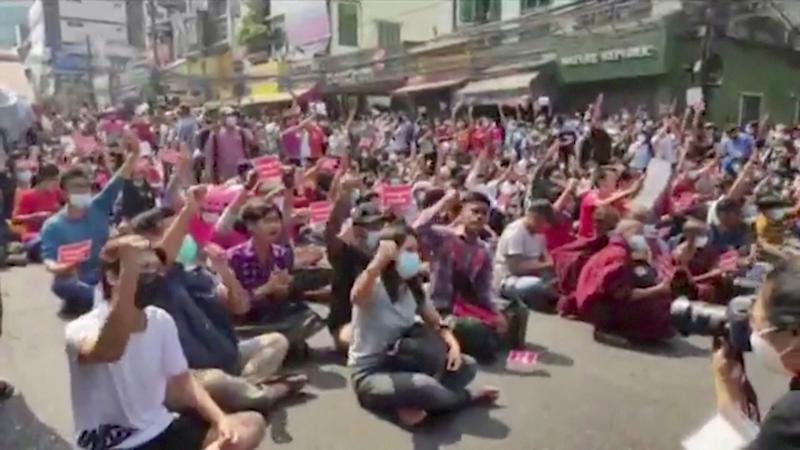 Read More
NNews
Burmese need only look to Thailands performance since the coup in 2014 to see the spiral downward. These…